This season FOX has come out with a few new amazing television programs. One of the shows that is going through their trial period is the drama known as Red Band Society. This show is about a group of teens who have all been hospitalized for different reasons and the staff (doctors and nurses) that take care of them. The drama really goes into explicit detail, not only about the diagnoses, but also about how these conditions/diseases affect these teenagers. This show is a true testament on how to persevere through what life throws at you.

The main character’s name in Red Band Society is Charlie played by Griffin Gluck. He is a young boy that was involved in a car accident with his father, putting him in a coma. You’re probably wondering how the main character can be in a coma, yet be incorporated into the story. Well, he is able to express his thoughts through his narration throughout the entire show. The only time when Charlie has any legitimate interaction with the other patients is when they are undergoing surgery and put to sleep with anesthesia. When this happens, Charlie talks to them and usually gives them a request or two in a kind of  “in between realms” location.


Probably the closest thing the show has to a conscience main character would be Jordi played by Nolan Sotillo. He was diagnosed with a serious illness while living with his grandmother in Mexico. He later did some research and discovered that he had a type of cancer known as Ewing sarcoma. His grandmother did not believe in medicine, so he ran to the hospital where the leading doctor on the type of surgery necessary for his cancer was located. Having allegedly no parents and “old-fashioned” grandmother, the doctor admitted him, but warned him that the process would be more complicated without a legal guardian. Jordi then responded by telling Dr. McAndrew that he was planning on being emancipated.


Another member of the main cast is a teen by the name of Leo played by Charlie Rowe. He was admitted into the hospital for a type of cancer known as osteosarcoma, which later led to the removal of one of his legs. During the course of the show Leo not only struggles with physical rehabilitation, but also with the break up of his girlfriend Emma.


On the show is also Leo’s ex-girlfriend Emma played by Ciara Bravo. She was diagnosed with anorexia and has been “trying” to overcome it at the hospital. She is very studious, but when it comes to eating she just cannot figure out how to do it.


Another member of the main cast is a high school cheerleader named Kara played by Zoe Levin. While at cheer practice, she fainted and was diagnosed with an enlarged heart, which is ironic because she is very mean spirited and rude. However, while at the hospital the audience can slowly see her progress at metaphorically fitting her diagnosis.


Additionally on the program, there is a long-term patient and best friend of Leo who goes by the name of Dash played by Astro. He was diagnosed with cystic fibrosis and stays at the hospital for treatment. However, Dash is known for using his diagnosis to get him out of trouble by pretending to choke when confronted.

The final three members of the main cast are not patients; instead they are staff in the hospital. The first of them is Nurse Dena Jackson played by Octavia Spencer. She is definitely a source of comic relief for the audience in a drama, which is very serious and depressing at moments. The biggest portion of her identity that is reflected during the course of the show is the fact that she cannot have a baby. She treats a lot of the patients like her children, causing her role to enlist that of a maternal figure. The second of the three is a nurse named Brittany played by Rebecca Rittenhouse. She is a very naïve and cheerful person, who moved out to California to move closer to who boyfriend, who breaks up with her pretty early into the duration of the show. The final member of the three employees is Dr. McAndrew played by Dave Annable; He is a skilled surgeon working at the hospital who is requested by Jordi to cure his cancer, leading to their metaphorical father-son relationship. 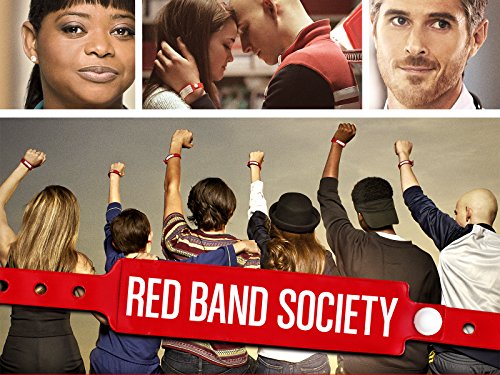