‘One Tree Hill’, a show created by Mark Schwahn that ran from 2003 to 2012, is arguably one of the best teenage TV programmes ever made.  Not only does the series deal with common teenage issues about relationships, addictions, changes and the like, its themes and sotryline offer a meaningful insight to life as a whole, making it heart touching and simultaneously influential to teenagers.


The show is set in Tree Hill, a fictional town in North Carolina. The sotryline initially revolves around half brothers Lucas Scott (played by Chad Michael Murray) and Nathan Scott(James Lafferty), who have a sense of rivalry between each other despite their common love for basketball. As the plot progresses, their hatred towards each other changes into a strong bond of brotherhood. The show also focuses on their relationships with Brooke Davis (Sophia Bush), a flamboyant diva of their high school and Peyton Sawyer (Hilarie Burton), an equally intriguing character whose hardships resemble those faced by many real-life teenagers. Contrary to most Teen-shows, the later seasons of One Tree Hill  portray the post-high school lives of these characters as well, adding maturity to the show without compromising on the entertainment.


OTH features a lot  of other characters, too, most of them being friends/family of the previously mentioned characters. Despite their massive number, however, it  is successful in offering a genuine peek into all of their lives and lets each of them blossom as individuals who make significant contributions to the storyline at one point or another. New characters are introduced every season, making the show all the more fresh and interesting. Throughout the whooping nine seasons, these people do not stay with us as characters of a show. Rather, One Tree Hill makes us feel as though we’ve been friends with them all our lives.


Each episode  generally begins with a influential quote around which the plot revolves. These quotes are usually very encouraging and unique, while brutally honest and true at the same time. For instance, the quote “Do you have it? Good. Now believe it can come true” from Nathan is so simple, and yet converys such a strong message that a dream is sometimes all one needs. Another admirable feature of the show is the music, which is not only entertaining but always relevant to the ongoing story.


Personally, I love how relatable all these characters are.Tree Hill may be a fictional town, but it is never hard to find resemblance to our own lives and feelings in its residents. Such honest portrayal of teenage life is rarely seen on television these days. In fact, many fans and critics alike believe that no other show has been able to meet the incredible level of honesty, nor offer the influence ‘One Tree Hill’ so effortlessly had upon its viewers.


It is for its absolute brilliance that One Tree Hill, even years after the final episode, is still the favourite of millions around the world. As its protagonists often say, ‘There is only one Tree Hill, and it can be your home’. They are correct, for there is nothing quite like this show. I recommed ‘One Tree Hill’ to all. 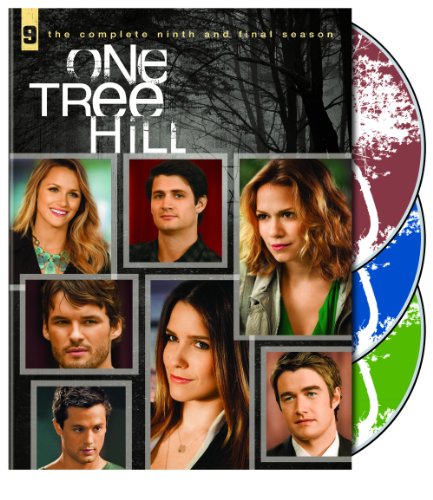 I personally found it very enjoyable, and have note met anyone who disliked it.