From the blowing cold of the North, to the simmering south, to whispers of a dragon queen in the east, the Seven Kingdoms is pocketed with the scars of battles, false kings, and crows. When Warden of the North Lord Eddard Stark (Sean Bean) uncovers a smothered investigation of the king’s children, he unknowingly begins a power struggle that will threaten his own life, and upend the story of Westeros forever. Lords and lowborn will lust for the Iron Throne, the jewel of King’s Landing, a chair forged from the swords of all the men the old dragon king defeated. But only one can sit on the throne.

Jon Snow. Daenerys Targaryen. Sansa Stark. Tyrion Lannister. They’ve have become household names, pop culture legend. The books by George R.R. Martin existed before the TV series, of a medieval war world parallel to ours. But the series adapted by David Benioff and D.B. Weiss made it blow up. Streaming on HBO, it’s one long “song of ice and fire,” of blood, gore, lust, love, conquest, and certainly dragons. Seriously: no blood, gore, lust, love, conquest, or dragons are spared on the screen, and even literary giants C.S. Lewis and J.R.R. Tolkien keep away from the vulgar, gritty details Game of Thrones dives into, the bleeding and lusty, the rotten and shameless character of all men.

Part of what makes Thrones so universally addicting is its ensemble cast. The then unknowns have since transformed in household names of their own. Kit Harington. Emilia Clarke. Sophie Turner. Peter Dinklage. These four, alone, are extraordinary pools of talent, but they’re not the only ones. Every actor is their character, physically and emotionally, and on a show filled with so many lineages, histories, and storylines, the result is a tapestry of exceptional performances.

The cast’s success has leaked into projects, too, where Finn Jones, Ser Loras on Thrones, is Danny Rand in Marvel’s big-and-upcoming Iron Fist, his costar Jessica Henwick with him. Gwendoline Christie, the great and knightly Brienne, appears in the new Star Wars trilogy, and Sophie Turner in the new X-Men franchise.

The cast is diverse, too: alone, the show’s frontrunners include a woman, bastard, and dwarf, the rest of the cast multiple shades, shapes, and ages. Even under different names, like House Martell, Dothraki, Braavosi, Martin writes his version of history with its own problems, like slavery, war, trade, and different cultures that collide.

The series does justice to the story that came before it, too, which is no less epic. Characters are made of the same determined, flawed mettle, and follow their actions on the page, if to a certain extent. The TV series famously outran the books, approaching its seventh season this summer when only book five, A Dance of Dragons, is out. It’s really every man for himself: even with supernatural elements like the dragons and walking dead, there’s an infatuated elite, warring families, and lone rangers that come off as all too real, too relevant today.

Animal sigils for houses emphasize this cutthroat mentality, where the Starks see themselves as wolves, the Lannisters as lions, the Greyjoys the krakens, and the Targaryens the roaring dragons: it’s a fight only the most cunning beast will win. But with people, and with thrones: it’s only a game, after all. 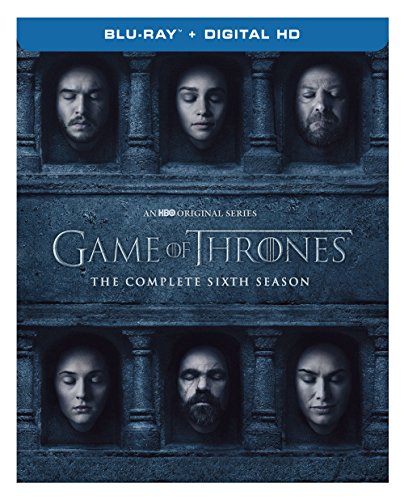 Favorite Quote:
If you are not trying then try!