The reason I bought this game was because I have played all the old Mortal Combat games and as the get more advanced the better they are. But as soon as I heard that the makers of this game are combing the Mortal Combat game with DC I knew I had to get this game. This game consists of the original characters from Mortal Combat which are Scorpion, Sub-Zero, Raiden, and a few more characters from previous games. DC's characters consist of Superman, Wonder Woman, Batman and also a few more characters. The game itself is more realistic because even though Superman is indestructible the game added one more weakness which is magic. As you play the story mode in the game you can choose a side and play as Mortal Combat or DC characters. I have played both and even though I would always choose Mortal Combat over, the DC story mode is just as fun. The only down side to this game is the lack of characters which makes the game a little boring if you play it for sometime. But overall this game is a must and depending on which side you choose you will have fun know matter what. 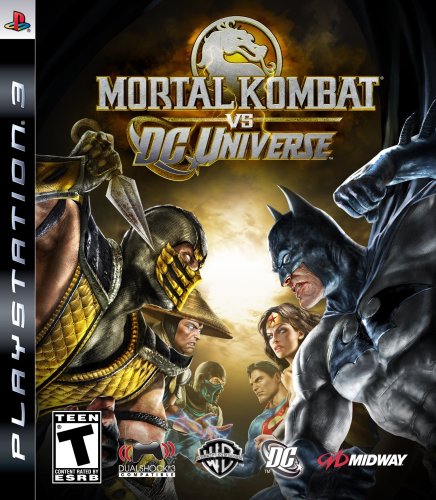 Favorite Quote:
"Let he that would move the world, first move himself" Socrates
"Tell me a truth and I'll listen, tell me a fact and I'll learn, but tell me a story and it will live in my heart forever." Indian Proverb

Favorite Quote:
~Its not how deep you fish~
~Its the motion of the ocean~