Life is about choices, and every choice in life has rewards and consequences. In life, however, you cannot just hit a reset button if you don't like the outcomes of those choices and pretend they never happened. Fable II is all about choices. You can be good or evil, pure or corrupt, loved or feared, the choices are endless.

The story of the game begins when you are a child on the streets of Albion. Your only companion in life is your sister. It is never too early in this game to make choices. Your actions even as a child determine if the city you live in becomes glorious when you grow up, or dilapidated. As a child, the ruler of Albion takes you to his castle, and reveals he is in search for a Hero, the only person who can stop him on his quest to be all-powerful. Hero blood runs through your veins, and he tries to prevent it by killing your sister, and throwing you out of a window, but Heroes cannot die that easily.

You must go on a quest to stop Lord Lucien, and revenge your sister. Along the way, you find three heroes, representing the three areas of power you wield; strength, skill, and will. Strength is your physical ability with combat weapons, such as swords and hammers. Skill is your ability to wield ranged weapons, like crossbows and guns. Will is the power only Heroes possess. Skill is the power of magic, being able to cast spells such as Inferno and Raise Dead.

This game also has a plethora of side quests you can partake in. These quests range from helping a ghost get revenge on his lover who left him, to shooting the 50 gargoyles scattered around Albion, to resurrecting a 500 year old corpse that a scientist is madly in love with. You can also take jobs, such as a blacksmith or a bartender. You can raise a family, or two, with wives, husbands, and children.

Fable II is an excellent game with freedom to explore all areas of Albion. It has a short main quest, but the side quests will leave you fulfilled. The launch trailer for Fable II asks, “What will you become?” That is the ultimate question in this game. What will you become? 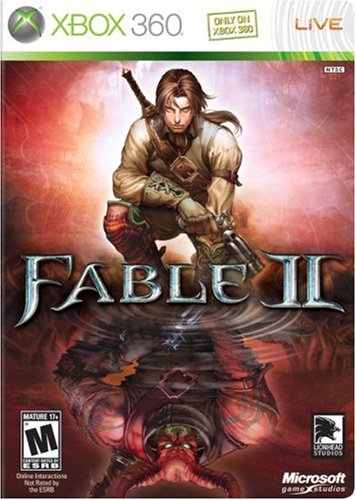 Harmonshooter said...
on Oct. 15 2009 at 12:51 pm
This game is awesome and like he sais the possiblilities are endless