This is the part where video games get scary, and by scary, I mean getting emotionally attached to that piece of plastic and wires you call your gaming console.

Mass Effect, the first in the current eponymous series by talented developer Bioware, has made an impact since the moment Commander Shepard romanced his first alien. You are given the option to create your own version of Shepard, and I took full advantage, creating an avatar that somewhat resembles myself. This is the first of Bioware’s small hooks that pull you into the game, allowing you to “put yourself” into the very story. I wished there had been a bit more facial customization, but you can’t get everything you want. Shepard has a history and background, which you will also select, that has a huge impact on the series. The main story revolves around Shepard becoming a special agent, known as a Spectre, with the eyes of the galaxy upon him. His first assignment involves hunting another Spectre determined to bring the end of all life within the galaxy. Not entirely original, but Bioware spins its own story nicely, making it something quite different and fresh.
The game plays as a third-person RPG, allowing you to level up and select different weapons and other upgrades. During combat, you have the option to take cover, but it can be tedious to work with at best, and life threatening at worst. However, once you find yourself with the more powerful weapons and at a higher level, taking cover really becomes superfluous. At that point, you can just blast your opposition away within minutes. Combat isn’t all bad, though. You have two combat wheels that you can select that pause the action and allow you to aim, select a power or a weapon, or just take a survey of your surroundings. This is the combat engine’s best feature.
The main thing the series brings to the gaming community is the power of choice and strangely enough, second guessing. Your decisions may or may not have impact in the ensuing sequel, but how can you possibly know? I found myself making every decision possible, scared that something I missed would appear as a pivotal event in the next title. You also come to care about the choices you make. I actually felt bad when I sentenced unarmed enemies to death. Other hard decisions, with really no good alternatives, have to be made nearing the climax of the game. I had to walk away from the controller for a bit to remember that I, in fact, was not Commander Shepard.

The characters are as developed and designed as excellent characters should be. I reacted to them just as I would emotionally connect with a character within a book or a film. My favorite NPCs were Liara T’Soni and the Normandy’s wisecracking pilot, Joker, just because they seemed so real and accessible, not to mention that Joker is voiced by Robot Chicken funny man, Seth Green. However, my own version of Commander Shepard became the center of almost all of my focus, as he should be. Your created face combined with your dialogue choices really hook you into caring about “yourself.” Your dialogue wheel is the biggest weapon you have in the game, so make sure you select responses accordingly.

Mass Effect is a science fiction world on par with Battlestar Galactica and possibly even Star Wars or Star Trek. You come to know the lore and history behind the galaxy, and you come to want to know more. Fortunately, Commander Shepard’s story is just beginning and you have two more installments before you’ll find yourself satisfied. 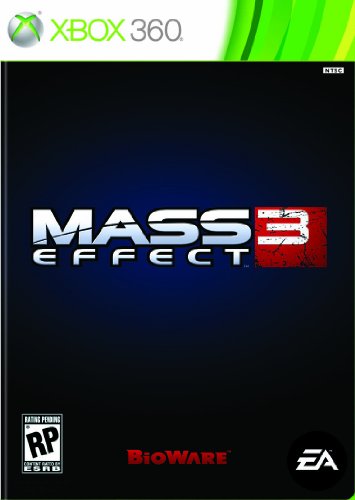 An excellent piece of art with memorable characters and scenes. Bioware creates a space opera that has you in awe from the visuals, story, and how involved you feel. However, the combat is frustrating most of the time and makes it difficult to get down into cover. There are almost too many weapons and upgrades, but if you’re a hardcore RPGer, you won’t find this a fault. If you like to score achievements, you’ll be sinking quite a few hours into Mass Effect, but it’s definitely possible to get all of them. Definitely has some adult content, but in my opinion, it adds to the relationships you create with your crew members and to the story. Excellent replayability, with the option to continue an already completed character. Since this amazing title has been out for a while, you should be able to pick it up for about $20. My recommendation level is almost at its highest on this one.
Post a comment
Submit your own

Favorite Quote:
You exist because we allow it, and you will end because we demand it.

View profile
Mass Effect was an amazing ride, I´m glad to see that others liked it just as much as me.
rockyraccoon said...
on Jun. 17 2011 at 10:54 pm
rockyraccoon, Fort Wayne, Indiana
0 articles 0 photos 54 comments