Favorite Quote:
"I can do anything!"

Nancy Drew: Warnings at Waverly Academy is the 21st PC game in the ND series by Her Interactive. Posing as an exchange student from France, Nancy travels to an East Coast all-girls boarding school. Her mission is to catch the Black Cat – an Edgar Allan Poe-inspired menace, who has been sending threatening notes to the valedictorian candidates. Nancy must find out which of the six girls has sharpened her claws against the other five.

This intriguing-sounding game should have had more going for it than it actually does. Instead of the fast-paced mystery with exciting activities and enigmatic characters, Warnings at Waverly Academy fails to impress with its catty, gossiping girls and mundane tasks that serve little or no purpose to the plot. The skimpy storyline has barely enough meat on its bones to keep it entertaining.
The basic premise for the game had potential; however Her Interactive seemed to miss the memo on layering on the suspense. Where there should have been challenging puzzles, there are instead dull chores. For 80% of the game, Nancy has to do jobs like make lunches at the snack bar, do homework for the other characters, take pictures on her cell phone and upload them to the school’s website, chase a squirrel up a tree, etc. Unlike the previous ND games where Nancy gets to call her own shots, she is now running, around doing everyone else’s bidding in hopes of uncovering a clue.

When interviewing suspects, Nancy can always bet on some twisted information and tall tales. In Warnings at Waverly Academy, however, she is faced with characters that are caught in a tangled mess of lies, prejudice, and backstabbing that becomes much too complicated to sort through. Six sneaky girls, with their own selfish agendas, tell six completely different stories about one another. It seems virtually impossible to discern fact from fiction. And as Nancy uncovers their hidden secrets, the plot becomes even more confusing!

Fortunately, this game does have a few redeeming qualities that saves it from being a total disappointment. As always, Her Interactive did a great job with the graphics. The characters look realistic and the school’s interior and exterior are beautifully done. There are a decent number of places to explore including the dorm rooms, library, recreation room, front entry, and the grounds. Since it is constantly cloudy, the atmosphere is moody and dark, which adds a nice spooky touch.

On average, the puzzles aren’t too difficult. They did get frustrating at times, though, since the hard ones are based on chance. If Nancy makes a mistake (like not escaping a trap), she gets the chance to try again. Also, there are two modes of play: junior or senior Detective. The only difference between the two is that in senior mode, Nancy can’t get hints.

If you have nothing better to do, then this game can help pass the time. But even then, I’d suggest that you go read a good book. 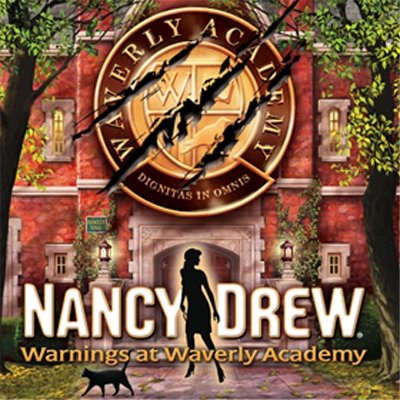