When the name Bethesda Software is heard, many people think about the game Elder Scrolls IV: Oblivion. This will now change as the company has recently released a game voted best RPG (Role Playing Game) of 2008 at the Spike Video Game Awards. This game is called Fallout 3 and has become my favorite game. The player begins the story with the main character being bom in an underground vault called Vault 10 1. Many of these vaults are located around Washington D.C. as protection for humans from the nuclear holocaust that took place 200 years before the game's setting of 2277. Once the character is bom, the player chooses which abilities it will have and is thrown into small challenges to learn the controls. Soon the character's father leaves the vault and it is yourjob to find him. The player is thrown into the wasteland and from there on, multiple quests await you. This game may turn some people away as it is an RPG. This should not be the case as it contains as much action and speed of any other shooting or first person game. I bought the game thinking I won't like this as I have never been a fan of the style of game, but after five minutes with it, I knew this was special. The world is barren and so well created, the quest never become tedious or tiring, and for shooter fans, yes there are guns. Now, the game also implements a system called V.A.T.S. (Vault-Tec Assisted Targeting System). The game freezes everything around the player, allowing them to assign which body part they would like to attack. The game then goes into slow motion while the player watches the bullets fly by or even a knife or fist fight to occur. The idea of watching the action again and again in slow motion may like it would become boring, but actually, it becomes the complete opposite as the player is excited to see how the battle will play out the next time with a different enemy. For those who do not want to do this, they can aim their weapon and fire it like any other game. Now, on to the problems. In all honesty, there are almost none. VAile playing, I did run into few and far between times where the game would stop for a second. Another problem I had was the partner A.I. The player can have followers, but sometimes they become more of a hassle than an aid. The partner would run off and attack an enemy far out of the player's sight and the partner would always have to take the long way around as it could not jump down or over obstacles. These problems are easy to handle based on the fact of how much work was put into the game and how massive the whole playing experience is. All I have to say is thank you Bethesda Software for creating a game which pulled me in resulting in me using up hours of my life, which isn't a bad thing. I give the game five out of five stars. 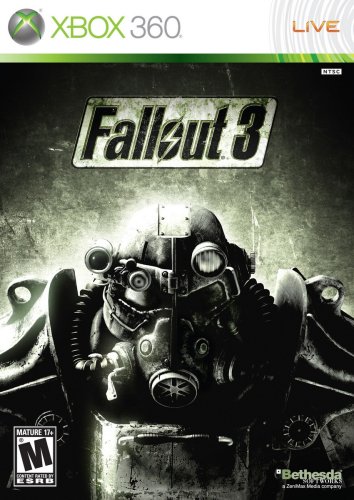