A most peculiar and extravagant game had appeared on the shelves of game stores last year. Ubisoft, a game company, had produced "Assassin's Creed", a new generation game. The game itself is loaded with features and exceptional graphics. Such features include open-world gameplay, which lets you explore your surroundings thoroughly, all game interaction, letting you and the environment coincide, and it gives you a glimpse of the history from a totally different view.

"Assassin's Creed" takes in place in the year of 1] 91 A.D. in the Holy Land during the Third Crusade. The character you play is a member of the Hashshasin or, Assassins. His name is Altair, a bold, disciplined, and focused assassin, who is one of the best. He is on a journey in search of the truth and a sacred object that was thought to be the Are of the Covenant. His mission is simple but complex in every way. Altair must gather information, interrogate informers, and assassinate those who have abused their power. As he travels from the ancient cities, Altair uncovers secrets and learns of the dark truth that awaits him.

Accomplish your missions in the most quiet and stealthy kills possible or slash your way through the crowds while giving notice. Your actions during the game reflects upon the circumstances and outcomes of the current circumstance. "Assassin's Creed" lets the player experience detailed graphics, bringing the Holy Land back from the ruins. Immerse yourself in the life of true assassins and hold the creed to be the deadliest one. 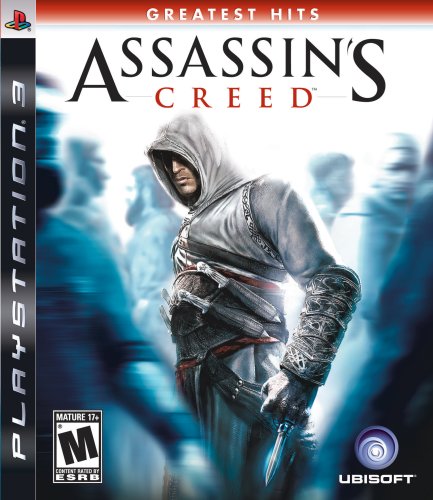