I am sure all Gears [Gears of War] fans were expecting the sequel, Gears of War 2, to be another top of the charts game. I might not have played Gears 1, but I was expecting the game to be great.
In the campaign you play as Marcus Fenix, a Gear in Delta squad, who fights to end the war. You can team up with a friend and play through the entire storyline. Weather playing with a friend or solo you can challenge your self on higher difficulties as you fight your way through the Horde's defenses and fight your way through the locust stronghold its self. In the campaign there is a romantic twist to the story, and you see the effects of war and what soldiers go through.
After the campaign I decided to play on Xbox Live. I was disappointed in the online multiplayer. When you search for a game, you could search for several minutes without finding a match. Once you get in the game there is someone using a lag switch, and you end up leaving the game. The game types available on the game are very fun and challenging. The types are Warzone, Execution, Annex, King of the Hill, Guardian, Horde, and submission.
I enjoyed the downloads and new features. I only have the Flash Back map pack but I was highly impressed with it, but I thought there would be more too it. They also added Horde, a game type where you fight through waves of locust and try to survive as a team.
Overall I would say this was a great game. I would give it 5 out of 5. It was a great game for all fans of Gears, and gamers looking for a new game to play. I thing if I was a Gears 1 fan I would like this game more. 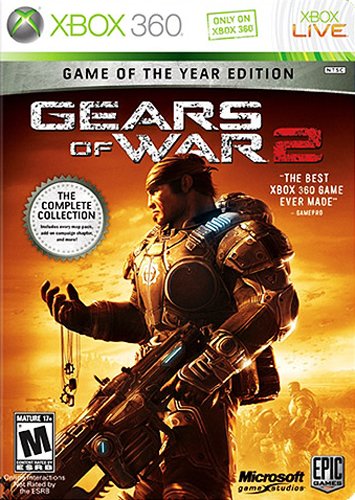