When my grandmother immigrated to New York from Cuba in 1924 she was nine. To ensure success in her new country, she was instructed by her mother to never speak Spanish or identify herself as Cuban. This approach served her well; she graduated high school and received a degree from Hunter College in mathematics during the depression. Yet, she had also sacrificed a piece of her identity. Like my Grandma at nine, I found myself in search of a community. I felt isolated, living alone with my parents on a dead end road in the country. My two sisters had moved to Australia. Envious of religious friends with their church communities, I started my search for religion. My mother and I spent our Sunday mornings sitting in the back of a plethora of churches, but nothing felt right. I experimented with clubs and sports next, but these, too, were not my community. I soon discovered that my community was already there. It needn’t be a specific club, church, or ethnic group. My community is my peers who possess intellectual curiosity and open minds. They were the kids in my fourth grade Math Olympiad club and now my AP Government class. While we may not agree on every topic, we are able to debate and appreciate diverse opinions. My community has shaped me into being more thoughtful and adept at seeing things from different perspectives, and unlike my grandmother, I may incorporate my full identity. Community is not one place or group, but rather can be found anywhere. 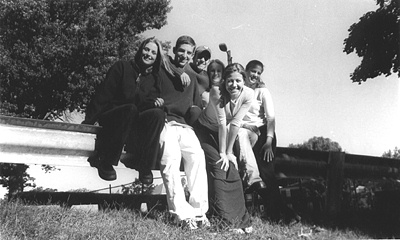