Don't Shoot Me for Being Stupid, It's Just an Idea! | Teen Ink

Don't Shoot Me for Being Stupid, It's Just an Idea!

One day I was thinking about all the different inventions that people have come up with that have made a difference. Any from rags to riches story has always intrigued me (like the guy who invented the seat belt – lucky jerk). I’ve always thought: Wow, that could have been me! I can’t believe I didn’t think of that. That is why I vowed to myself that I would always think ahead, because that is why those people are now famous and rich. I vowed to always ask myself: What can I do, or what idea can I come up with that will make a difference in the future?
And then I thought about how every product, or products that a company produces needs its own factory. Factories that spit harmful pollution and other junk I don’t know too much about into the air. I’m not going to pretend I now a whole lot about global warming and other earth harming things, all I do know is that these factories are harming, and maybe even ending (this is the ugly truth) the earth. I figured, well, thats definitely going to need a solution.
So here’s my idea (and it may already be an idea – all the better): what if there was a ‘smart factory’, run by a giant, brain of a computer. It could produce multiple products, all you have to do is tell the computer what to do, and it organizes the factory to make the product, or several products at one time. And I think we have the technology to do this, but, being me, I really don’t know. So instead of having millions of factories, all producing there own product(s), you have roughly only a thousand identical factories, which can produce all the products. Now this probably would not cut down on production time, but if you think of how much it would help, that is a small sacrifice. The number of factories would be decreased drastically, and as a result, so would pollution. I left a lot of blanks, didn’t I?
So now you all understand why I said this was an ‘idea’. I have done no research, I don’t even know how to go about doing research, and there is basically no hope of me being able to do this by myself, or with anyone I know. But maybe, and this is only if you read this far, you know how to go about doing this, or acting on some part of this idea, or you even know someone who has the power to go about doing this. So basically what I’m saying is: just take my idea. It’s no big deal to me if you do, because there is nothing I can do to act on it. So please…somebody who can…take my idea! It could help! 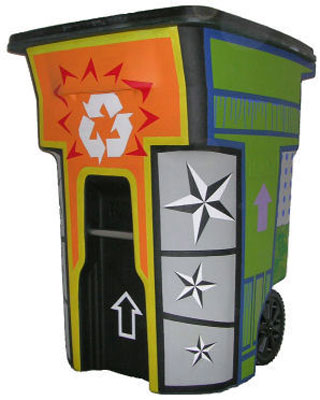