“Hello?” my mom said, answering the phone one summer afternoon in 2002. It was the endocrinologist with the results of my blood tests.

Growing up, I was always the shortest in my class, and not just by a little. Since my parents are both average height, they worried when I grew only an inch a year when most girls my age were having growth spurts. After a series of conversations with my pediatrician, I saw an endocrinologist.

My parents hoped the tests would be normal and that I would have my growth spurt late. We certainly never expected the results we got.

“From the tests, we have discovered that Sabrina is anemic, and her IgG, IgA, EMA and tTG numbers are greatly elevated. This all means that Sabrina has Celiac disease.” This is a severe allergy to gluten (a protein in wheat, rye and barley). When those with this disease eat foods containing gluten, their immune system responds by damaging the small intestine. Nutrients from food are normally absorbed into the bloodstream but with this disease a person becomes malnourished regardless of how much food is consumed.

Celiac disease is hereditary. Sufferers have gastric symptoms (usually vomiting and diarrhea), but symptoms can also include weight loss, delayed growth, pain in the joints and anemia, among many others.

Since doctors are taught that the disease is rare, they only test for it when a patient has gastric symptoms. Since it affects approximately one in 133, it really isn’t that rare. Most patients have no symptoms, which is why doctors don’t usually test for it.

Since it is hereditary, my parents and sisters also had to be tested and my father and sister had positive results. They, like I, had to undergo a biopsy and endoscopy to confirm if they had the disease. Both of their tests came back negative, so I was the only one in our family with Celiac disease.

My first reaction was to laugh and make jokes. After talking with my parents and researching the disease, I realized its severity and began to cry. I couldn’t understand how I could manage without my favorite foods. Bread, pasta, cookies, cakes and many more were now harmful, but thanks to internet research, we found companies that sell gluten-free food.

Instead of using wheat flour, gluten-free foods contain rice, corn or bean flour. Right after I was diagnosed, I experimented with several gluten-free products. While I found some were tasty, many were not. It was difficult to go to friends’ houses and bring my own meals. Not only is gluten found in wheat products, it is also found in processed and packaged foods.

My mom has done an amazing job providing a variety of food I can eat when I’m not at home. For breakfast, I usually have some gluten-free bread. My friends’ moms can make scrambled eggs for on top. If I’m not in the mood for eggs, I bring gluten-free cereal. I usually bring fruit and some snacks.

For lunch my mom makes a sandwich with gluten-free bread and tuna, turkey or peanut butter and fluff. For dinner, I usually pack leftovers or have a salad if I’m at a friend’s.

The hardest part about this disease is that I have to plan my meals ahead of time. When I go to a restaurant, we have to make sure they can prepare a gluten-free meal. The meat must be prepared on a clean grill since if it even touches something, or someone, who has touched a product with gluten in it, the cross contamination can still damage my small intestine.

Being on this diet has certainly had many drawbacks. I have not been able to go to certain places because there would be nothing for me to eat. On the other hand, it hasn’t been that bad. In the past two years, instead of growing an inch each year, I grew eight! I still am made fun of for my height, but finally I’m taller than a few of my friends, who seemed like giants just two years ago.

This disease has also taught me discipline. I do not cheat because I know in the long run it could be extremely harmful. If I cheat, I could have other problems, including cancer and diabetes. 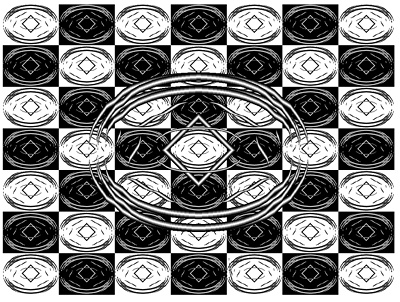 Favorite Quote:
--"I reject your reality and substitute my own."

--"Teller of untruth, your trousers have combusted."


View profile
I've been going to the doctor's for months.  So far I've been tested for Diabetes, a thyroid condition, and Lyme's Disease, but they all came out negative.  I had severe allergic reactions to all three prescription medications they gave me, and now, after making the suggestion to my doctor, I'm on a gluten-free diet.  I'm being sent to a specialist soon, but Celiac Disease would explain why I'm so small compared to my family and why I get sick after eating most food. Hopefully we find something out soon. >.<