The course of Elena DeBre's memoir "Sorry, Charlie" took a different path than I'd envisioned, and startled me with the harsh sting of stunning realization. Her piece expertly wove two plots together to erect a sort of epiphany at the end, the format which I was expecting, but the actually epiphany which I hadn't been. Charlie, a sweet but shy boy, initiates the story by asking Elena to the 6th grade dance, which she reluctantly says yes to, due to the fact that her mother wants to save him the pain of rejection. After that point DeBre explains her strenuous  efforts to get into chamber choir at her school. She gets a letter later on politely declining her request to fill a position in the group.

This piece is relatable to me, and probably most others, because the concept of rejection is, in any form, inevitable and widespread. Her stages of denial and pity rung true because I had been through them as well, and although sadness is healthy to a certain extent, you have to have the strength to pull yourself out of that phase and strive once more a for a healthy, normal routine. DeBre realizes this by the end of the piece and apologizes to Charlie for depriving him of rejection, rather than rescuing him from it. She finishes her piece with a few parting words concerning Charlie. "I took away his rejection, and for that I am sorry. Without rejection I wouldn't have known my power, understood my being, and encouraged  my being, and encountered my Step five: Resilience." 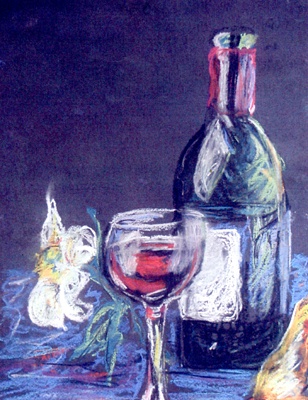