As a girl growing up in a guy’s world, I was often looked on as weak and small, and in some ways I was. I was tiny, only three feet until I was eight or nine. It also added on to the weak theory.

So, I showed that I was just as strong as the guys I was friends with. We usually went down the rode to different places, and there never seemed to be a bike for me. So I ran. I could keep up with the guys on bikes until they really started to pick up speed.

We often were around farms, so there was plenty of hard work to do. I proved that my tiny frame could do just as much as the guy who was at least a foot taller than I was. I often carried around saddles, hay, and other tack for the horses.

In our free time, we would fish or watch TV. The guys thought I would hate to fish seeing as I was a girl. It became one of my favorite hobbies. When we would watch TV, arguments would break out over what we would watch, often ending in fights. I could take them down even when it was two against one.

Soon, the guys learned that I had a temper, and they didn’t want to make me mad. I earned their respect fast when I was able to climb a moving horse with out a saddle and stop it so we could saddle it up. I usually picked the temperamental horse when we rode and always enjoyed it when she would refuse to follow orders and start to gallop off.

I became one of the guys fast and was taught how to shoot, rope, and much more. I helped when they competed in the summer series in our small town even though I never entered.

Those guys I grew up with, the ones who made me strong, who made me fast, who made me tough, who made me me, are still the best friends in the world to me. When I start to act to girly to them, they get me out there fishing and roping again to help me feel myself. 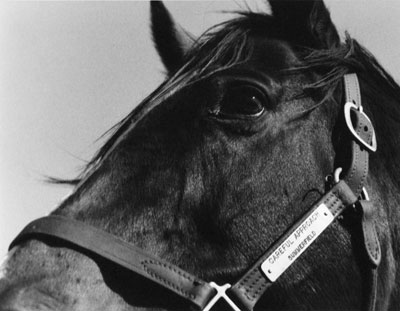