I can clearly remember the night I began to think about beauty in a serious way. It was Tuesday, and in our family there are only two words that come to mind when we think of Tuesdays: “American Idol.”

“American Idol” is earnest business for us as a family. We vote for our favorite contestants every week, record the episodes, and discuss various aspects of the show. Every Tuesday I can’t help but keep checking to see what time it is and how many hours remain until the show. There is something addictive in the quirky judges, the hilarious feuds between Simon and everyone else on the show, and, of course, the contestants.

Every week my mom asks, “Who do you think will win?” Last season, I had my heart set on Chris, the rocker whose voice surged above all the others and whose performances I watched over and over. However, one week my mom asked a different question, one that took me more than a few seconds to answer.

“Who do you think is the prettiest?” She was obviously referring to the female contestants since she had used the word “pretty.”

I thought hard. My eyes roamed over the faces, bodies, and outfits of every female contestant: Kellie’s striking blond hair and cute face; Paris’s dark curls and full lips; Katharine’s curvy hips and eyes twinkling like brown stars; Lisa’s petite figure and sweet face. Finally, I made my selection.

My mom half nodded, half shook her head, an in-between gesture, possibly because she had an in-between opinion of Mandisa’s beauty.

Mandisa had skin as smooth as polished wood and as rich and real as mud. She had eyes the color of hazelnuts with a vibrant glow that stood out from the other contestants. She had a perfect nose for her face and lips that were full and rosy. Her hair was always curled in great hills that rested about her face just so. If I were African American, I would give anything to have a face like Mandisa.

The only thing about Mandisa was that she was big.

She wasn’t just voluptuous or a bit plump. She wasn’t just “big” compared to the shapeless twigs who inhabit Hollywood. She was really big. So big, in fact, that when she was selected to be on “American Idol,” Simon cruelly commented, “It’s a good thing we have a bigger stage this year.”

That is how big Mandisa was, but I didn’t care. When Mandisa was onstage, she took command. She didn’t have as strong a voice as Chris, but she sang like an angel. Somehow, when you watched her, it was hard to look away. There was something so regal and confident about her. Something about the way her eyes pierced the camera and the way she held her body in a proud stance. Something about the way she carried her chin and walked like a china doll even though she certainly didn’t look like one.

She wore sparkling, sweeping black dresses; silky, feminine blouses; dainty heels, and shawls that draped across her shoulders exactly how I would imagine a magnificent queen’s cape would fall.

If someone told me Mandisa were an angel in disguise, I would believe it. I’ll never forget that when she was voted off, she happily announced to America that this was part of God’s plan and that she knew He would guide her to what she was meant to do.

I’ll never forget how she taught me to be beautiful. I think she taught a lot of other Americans that, too.

That was why it shocked me when my mom had such an aloof response. Was it actually possible that Mandisa had not taught my mother what beauty was? Was it possible that my own mother, like so many other Americans, was not really seeing when she looked at Mandisa's gorgeous face? Did she actually not notice the grandeur of her presence and the pride of her posture? Or was she disregarding it because she was distracted by something else? The bigness.

Big. There are a lot of words that come to mind when I hear that word - ridiculous restaurant portions and, sadly, big people. Big people at water parks, on TV, at school. Big people are everywhere. In the past, “big” had positive connotations, as in big kingdoms, big wealth, big families, etc. But “big” has changed.

I have changed. Now when I think of “big” one of the first words that pops into my head is “Mandisa.” Mandisa has become my own American Idol because she showed me what beauty can look like, that “big” isn’t “bad.”

The odd thing is that although I mixed up those words, I never put “thin” and “bad” together. Certainly thin isn’t bad, but can you believe that Nicole Richie wears children’s clothes? To a certain extent, that is bad.

Another fact I realized as I was putting those four words together was how important they are. How vast and how broad they really are and how many connotations each has. How many words come to your mind when you think of “ugly?” How many for “beautiful?” What about “thin?” What about “big?” If you tried it, you’d be quite surprised.

Most people would be speechless if asked to define the word “beautiful.” The dictionary definition is “pleasing the senses or mind aesthetically.” I don’t know about most Americans, but when I think of beautiful, I certainly don’t think about that definition. When I think of “beautiful,” I think of posture, the way a woman holds her body, the way she smiles, the way she laughs, the message she sends to everyone. I think of white teeth, pretty lips, thick hair, long lashes, smooth skin. I used to think of a petite figure with long skinny legs, dainty hips, and a tiny waist. Now I think of Mandisa. I think of thousands of women and girls lined up, each with a different body and each with a different face. The one thing they all have in common is that they are strong, they are natural, they are confident, and they are proud to be who they are. Maybe one day that is what America will think beauty is. 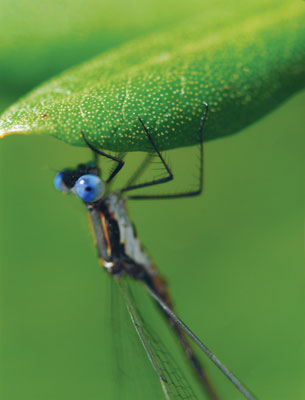