“If liberty means anything at all, it means the right to tell people what they do not want to hear.” - George Orwell

The First Amendment to the Constitution of the United States guarantees freedom of speech to every citizen. However, this right under the First Amendment is not absolute. Freedom of speech can be limited under certain circumstances. For example, a person does not have the right to yell “fire” in a crowded theatre because people could be hurt in the ensuing mad dash to exit the building. Thus, allowing the government to censor some types of speech serves an important safety function. However, outside of the public safety context, since freedom of speech provides a “marketplace of ideas”, should the government ever censor the free expression of ideas? Should every citizen have the right to say what he or she pleases even if other citizens find that such speech is abhorrent or even hurtful to them? These difficult questions that have been debated in our country for years.

The issue of freedom of speech versus censorship was featured in a famous trial based on the events that occurred in the Chicago suburb of Skokie, Illinois in 1977. In the town of Skokie, “one out of every six Jewish citizens in the late 1970s was a survivor--or was directly related to a survivor--of the Holocaust” says Philippa Strum author of When the Nazis Came to Skokie, Freedom for Speech We Hate. Many Holocaust survivors who have lived through the horrors of the Nazis moved to Skokie to live their lives free of persecution. Their safe haven and sense of well being was disrupted when a group of Neo-Nazis announced that they would be marching through the survivors’ town. The case was unique because people were torn between the Jewish “targets” and the Neo-Nazis’ right to free assembly and speech. The American Civil Liberties Union (ACLU) came to the defense of the Neo-Nazis, explaining that they in no way endorsed what the Neo-Nazis stood for, however, they supported their claim that their First Amendment rights were being violated. 1.

The ACLU won the case, but they lost about 30,000 of their members who believed that the Neo-Nazi’s speech should have been censored. In fact, the ACLU lawyer, David Goldberger, who was Jewish himself, was criticized for being a heretic -- he defended the Nazis’ against his fellow Jews. In defending his position, Goldberger said that “we are in the business of supporting the first amendment. We do not support the ideas of this particular organization, nor have we ever, nor will we ever. The issue is not the content of their views, the question is what is the power of government to pick and choose among speakers in the marketplace of ideas?” Ironically, although having won the right to march in Skokie, the Nazis never did choose to march. They won their point and moved on. 2.

Hate speech is a term for speech intended to degrade, intimidate, or incite violence or prejudicial action against a person or group of people. There is no First Amendment exception for hate speech. Thus, the government cannot censor such speech. Hate speech targets groups or individuals based on race, religion, ethnicity, sexuality, national origin or other such similar factors. On the other hand, there are categorizes of speech which are not protected by the First Amendment. Libel, obscenity or fighting words are examples of speech excluded from first amendment protections.

Another form of censorship is the attempt by some to revise or change historical facts, thus “censoring” an event or an occurrence to conform to a different or a more preferred viewpoint. This is the case of the “Holocaust deniers”, or as they prefer to be called, “revisionists.”

Protected under the First Amendment, Holocaust deniers have the right to challenge past events and claim that they never happened. Many historical revisionists challenge the views of other historians. For example, they may disagree over an interpretation of cryptic writings on an ancient Egyptian tomb; however, there are no ancient Egyptians around today to clarify what the writings really mean. With the Holocaust, there are survivors alive today to testify that the genocide and other depraved events did occur. So the question arises, should revisionists who deny the Holocaust, despite the living testimony of thousands of Holocaust survivors, be able to promote their political agenda? Can we ban them from speaking completely; or must we accept that they have the right to express their point of view?

A major organization of Holocaust Revisionists is the Committee for Open Debate on the Holocaust (CODOH). This organization primarily advertises through the publication of editorial-style advertisements in college campus newspapers. The first of these ads called for "open debate on the Holocaust." While COHDOH does not question the fact of Nazi anti-Semitism, it challenges the view that anti-Semitism resulted in an organized killing program. Their methods of censorship involves anti-Semitic propaganda to deny or minimize established history. Although you cannot fight censorship with censorship, Holocaust Revisionists are embroiled by controversy because their claims involve Holocaust survivors and factual information.

Censoring speech is against our Constitutional rights. Every citizen should, and does have the right to speak out about anything they wish. However, by attacking the facts of the Holocaust, and by framing an attack as an unorthodox point of view, their propaganda insinuates hidden but hateful anti-Semitic beliefs. Their messages portray Jews as exploiters of non-Jewish guilt and Jews as controllers of academia or the media. These exact beliefs are frighteningly similar to the messages that Hitler spoke and that led to his rise to power in pre-war Germany. 3.

The reason we censor speech is to protect ourselves and others from being hurt However to censor some speech is to censor all speech. Those who want to censor Holocaust Revisionists’ ideas must remember that those Revisionists are people too and we are all entitled to our unalienable right -- freedom of speech. At times it may seem like some speech goes too far and needs to be censored, but in reality no one has the authority to determine where speech crosses the line. The way the law interprets it, any speech remains behind the line and fair game. 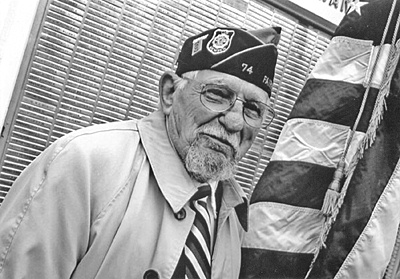