A Hero to Me

I’ve heard fairytales where princesses get swept off there feet by their knight in shining armor and heroes that save the day. My hero though isn’t made up in some fairytale or constructed to what someone else thinks a hero is. Mine is a true blue hero in my eyes. You didn’t hear the name in a newspaper or on TV.


She was born on October 16th 1969, in Eloise MI. She is the strongest person I know and that will probably never change. She has seen it all. Death, violence, drugs, divorce and being singled out as a child. She was given up at 9 months old to her 50 year old grandma.


When she was a little after 8 months old her drug addicted mom left her in a vacant apartment in Dearborn. Her older brother found her in the apartment drenched to the skin with a empty bottle in her small infant hand. Her mom moved out of the apartment leaving her newborn there cold, hungry and alone. When she turned 8 her mom tried to regain custody of her daughter, but the judge declined her referral.

There is so much more to say about her life, but I’ll stop there. The events that have happened in her life she would never, and can never take back. If she had taken them back it would not have made her the person she is today. She is very courageous, strong, elated and smart. Which makes her a hero to me.


My definition of a hero is anyone who can show courage when faced with a problem. Another example of a hero is someone who is there to help others and gives them strength to go on through life's difficulties. Some characteristics of a hero is Courage, honesty, bravery, selflessness, and the will to try are just a few of the overlooked qualities of a hero.


In the end this is about my mother who is a good example of a hero. When she told me her life story (or most of it anyways) I wanted to cry. A true hero is like a mom, who does something great and does not expect to be given anything in return. 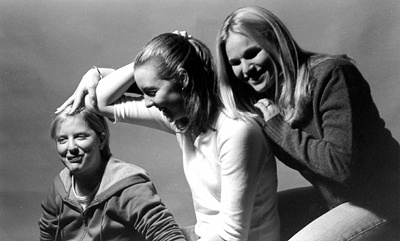 The author's comments:
This is about my lovely mother wh has seen it all and is always there for me.. i love you mom! xoxo
Post a comment
Submit your own

Favorite Quote:
"everything happens for a a reason "