"Are you gay or lesbian?"

What does that mean? She's only in 3rd grade. This boy can't be much older than her. Still he asks, "Are you gay or lesbian?"

The little girl hesitates. Ever since being tricked into spelling I CUP the year before, she had been extra careful. She was teased enough for being a crybaby and being short, not to mention having glasses. Her friend sitting next to her on the bus? Her only one. But she knows the meaning of one of those words. In all the Christmas songs she has memorized, in all the old fashioned books, Heidi, Black Beauty, Little Women, gay means happy. She's a relitively happy little girl.

Her friend, whose obviously heard this question before, urges, "Lesbian, say lesbian!"

But this little girl doesn't know what lesbian means. She knows what gay means. Gay, to her old fashioned mind, means happy. So she says, "Gay."

The boy laughs. Her friend laughs.

"I'm... happy," she clarifies, though she's not so happy now. She's on the brink of tears. What did she say wrong?


This little girl grew up. She learned what gay meant. She watched it take the place of words like stupid and retard. She avoided saying it. She learned the slang for it: homo, lesbo, gay. She now knew what she had said, but she didn't like it. She learned that the swastika, now known as a symbol of evil, of the Nazis, once was something that meant prayer. It was a holy symbol.

Why must things have changing definitions? Why do we change the meanings of words from good to bad? This little girl, not so little anymore, wants to sing Carol of the Bells, Deck the Halls, Oh Christmas Tree, without thinking of that embarassing day on the bus.

Which do you want to remember? 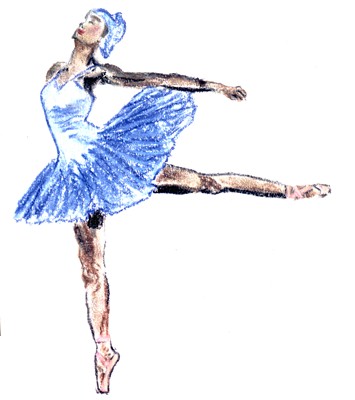 The author's comments:
I was getting sick of changing definitions, so I wrote about it.
Post a comment
Submit your own