Favorite Quote:
"Do not take life too seriously. You will never get out of it alive."
~Elbert Hubbard

I recently saw the painting, The Persistence of Memory by Salvador Dali. I found it interesting because it was so different to most paintings I have seen; it was painted in a realistic way and had familiar objects but in a way that made the painting very unrealistic. In other words, surreal, which means beyond reality. This painting is a perfect example of surrealism. Surrealism art is a surreal type of painting that cuts off rational thinking and looks at life in a dream like way. The start and history of surrealism, as well as the messages of the paintings reflect the unconscious thoughts and the dreamlike ways of surrealism art (Voorhies, 2004).

Surrealism originated in between the 1910s and 1920s. It started off as a style of poetry.  In this form of poetry, “[it] sought to release the unbridled imagination of the subconscious (Voorhies, 2004)”. Even though it started off as poetry, surrealism art became popular too because, according to what Andre Breton thought, the same concept counts for both. “He [Breton] defined genius in terms of accessibility to this normally untapped realm, which, he believed, could be attained by poets and painters alike (Surrealism, Britannica).” Andre Breton was a surrealist poet himself in the 1920s. This quote shows that surrealism art and poetry could both capture the unconscious mind in art and poetry, in other words have the same concept.

The surrealism art movement was between the two world wars, and in this time people had started doubting all rules of previous art types, according to Katarzyna Minollari (who teaches art at Tirana Internation School). Surrealists, therefore, “sought a revolution against the constraints of the rational mind; and by extension, the rules of a society they saw as oppressive. (“MoMa Learning”).” They created a revolution by creating surreal art. This became popular and led to a movement. According to Minollari, Surrealist artists were inspired by Sigmund Freud’s ideas. He was a psychologist that emphasized our subconscious self. This led to the concept of surrealism art because it inspired surrealists to wanting to be able to, “access this subconscious reality, that also may be expressed in our dreams, in their art (Katarzyna Minollari).” Using The Persistence of Memory by Salvador Dali (of which there is a picture underneath) we can see that this painting doesn’t happen in real life and looks like a dream, due to the unmatching objects, backgrounds, and occurrences in the painting. In other words, it is a painting of the artist’s subconscious mind.  Freud’s ideas became very popular and led to the movement of surrealism art.

The messages behind surreal art is “often surprising, upsetting, provocative, or mysterious and puzzling (said by Katarzyna Minollari).” The messages behind surreal art is meant to make us doubt our logical self and our logical thinking. It is supposed to make the people looking at it add imagination and irrational thinking to understand the piece of surreal art. It is meant to make us doubt our logical self and apply our imagination to interpret their paintings. For example, The Persistence of Memory is an unrealistic painting and it forces the viewers to think irrationally and use their imagination to interpret it. When I looked at it, I thought that it was trying to show a message about time, since there are clocks that are melting. No one knows the exact message behind this painting, but that is maybe because the artist wanted people to interpret it for themselves. Some other surreal artworks do show one clear message. An example is The Treachery of Images. Its name even says the message of the painting. The painting is of a pipe and underneath it, the artist (Rene Magritte) wrote: “ceci n’est pas une pipe” which means in English “this is not a pipe" with this Magritte wants to show a very surreal and unconscious mind thought. He is saying that the pipe that he painted isn’t a pipe because it’s not real, it’s a painting of a pipe. Magritte wants to show the treachery of images with this painting by making an image himself.


Surrealism art is a surreal type of painting that cuts off rational thinking and looks at life in a dream-like way. It aims to make people think irrationally and use their unconscious minds. The surrealism movement was between the 1920s and 1060s. It is still a popular art style now, and many different styles of surrealism have been created. One popular surrealism style right now, for example, is Pop surrealism. The history and influences of surrealism show, and also the messages behind the art show and reflect the concept of surrealism by showing and building up the unconscious thoughts and the dreamlike ways of surrealism art. 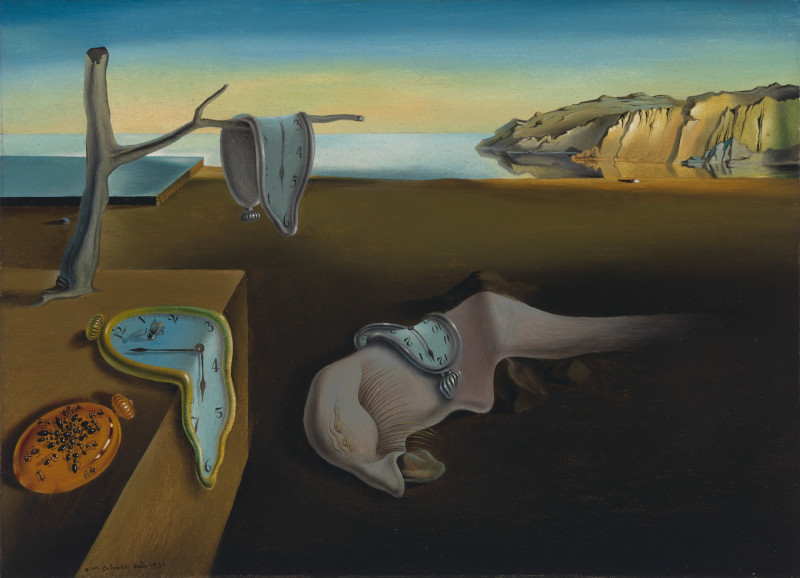