In the play A Doll’s House, there is a large amount of secrecy and underlying issues. These are mainly in the form of secrets kept by the protagonist Nora, who is mentally unable to see past the life she leads with her controlling and chauvinistic husband Torvald. A major theme of the play however accounts for Nora’s misguided actions, as it is said that her foolishness is hereditary, and among other traits was passed down from her father. Not limited to Nora, the author Heinrich Ibsen explores the idea of hereditary traits through the experiences of Mr. Krogstad with his sons, as well as the physical hereditary disease that Dr. Rank is afflicted with from his father.


Early on in the play it is revealed that Torvald looks down upon his wife Nora, and criticizes her every move. In Act I Nora implores Torvald for a small sum of money, so that she may continue to pay off the secret debt she holds. He is unaware of this fact, and condemns Nora as a ‘little spendthrift,” who was “exactly the way your father was…Its deep in your blood.” (Act I) This condemnation illustrates to the reader that Torvald didn’t have a high opinion of Nora’s father, as he was careless with money. Torvald is under the impression that Nora is the same way, and that it was passed down the generations. In addition to this, Nora herself seems to believe that commonplace things are heredity, as she refuses to see her children once Mr. Krogstad black mails her, for fear that she will corrupt their morals. Krogstad himself has concerns regarding what he will ‘pass on’ to his own children. Krogstad desires to regain his position at the bank after being fired because he is in desolate poverty, and his children are suffering as well. The banker is more concerned however with his children having tainted reputations as a result of his scorned name, saying “For their sakes, I’ll have to win back as much respect as possible here in town." (Act I) In this, he expresses his concern that the boys will bear the slandered name of their father, as if it was an affliction that could be passed down hereditarily.


The only character in A Doll’s House that was physically afflicted with a literal hereditary disease is the kind Dr. Rank. A genuine man, Dr. Rank is a family friend of the Helmers who is afflicted with syphilis due to his father’s blatant promiscuousness in the army. The disease, because untreated, was indeed passed down to the innocent Dr. Rank, and he became terminally ill. Dr. Rank is one of the more considerate and loving of the characters in the play, and his powerlessness to the disease highlights the twisted nature of the world. The hereditary nature of the affliction runs deeply with the theme of things ‘passed on,’ in A Doll’s House, and Ibsen explicitly illustrates his sentiments regarding, in this case, appalling family traits. 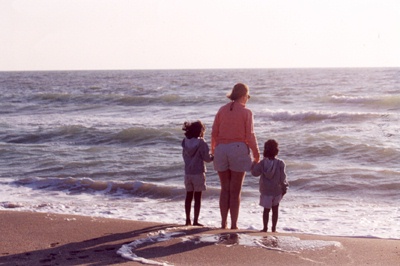 The author's comments:
This was a short response paper I had to write regarding Ibsen's A Doll's House. It was a small assignment and therefore had a paragraph limit so I tried to address the topic as best I could within those restraints.
Post a comment
Submit your own