Common Elements in Film in the Early 1900's | Teen Ink

Common Elements in Film in the Early 1900's

With the sophistication of the production of films, America found itself introduced to a new medium of communication, and the films produced in the early 1900's were for the most part favorably received by American audiences. From Charlie Chaplin's comedic style in Shoulder Arms to the more dramatic approach of Michael Curtiz's The Third Degree, focus was directed at what enlightenment's a film bestowed in its genre upon the audience. The positive reception was due in part to the complexity and believability of the narrative and the success and consequential effect of technological advancements on cinematic style.

The ultimate and most prominent theme throughout the film reviews was the overall affect of the narrative and its success or failure at suspending audience's disbelief. In his review of The Third Degree, Mordaunt Hall praises the film's success in possessing "the virtue of holding the attention" of the viewer and the "remarkable skill" of Curtiz in his direction of pivotal scenes. The narrative is then both the product and the cause of the innovations in film. As the plot becomes more complex, technology must progress in order to meet the demands of the audience. Inversely, a directors style begins to become more established, such as Curtiz, whose "true artistry in his lighting effects" allow for better audience involvement in the scene, though other weakness may arise that threaten the narrative. Other aspects closely examined where the affects of editing techniques on the narrative in Hall's review of Erich von Stroheim's film adaption of Greed, originally known as "McTeague".

The viewing experience for audiences changed with the coming of sound in the late 1920's and at first some argued it was for the worse. Hall's review of The Jazz Singer highlighted the impact of the Vitaphone on the film's production value and how "the success of this production is due to a large degree to Mr. Jolson's Vitaphoned renditions". In his review of The Jazz Singer, Sid Silverman makes a point of examining both the target audience and how the film handles the "heavy heart interest" and the religious theme through the combination of Al Jolson's performance and the utilization of the vitaphone. Nevertheless, Warner Brothers was so apprehensive about negative audience reviews of the film they prepared "two versions of the film, with and without Vitaphone, for the exhibition angle" demonstrating how important this new technology was for audience appeal.

However, the star factor did have an affect on a film's perception, and sometimes it was what made the film. It wasn't only Charlie Chaplin's performance in the slapstick comedy Shoulder Arms which allowed it to become such a hit. That he was "as funny as ever" as described in a New York Times review was because of the persona he had created with the public and this contributed to the films success and augmented its comedic value. In a more dramatic setting the performance of the actors itself, an important aspect of intraframe narration, was inversely linked to the enhancement of the narrative. Mordaunt Hall describes Gibson Gowland's as "clever in his exhibition of temper and wonderfully effective" adding authenticity to a character "whom one really would care to shake hands with".

While the films were generally well received, certain things such as scenery and actor performances which did not resonate well with audiences were criticized. Overall, the technological advancements such as the synchronization of sound and new editing techniques made a more complex narrative possible while the director's distinct artistic style began to surface. 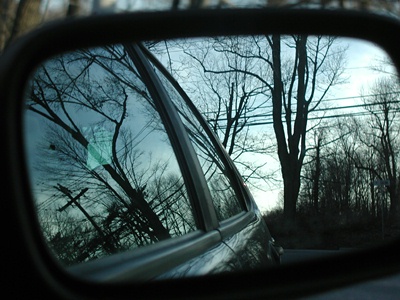