For any Narnia fan, it's inevitable that on their bookshelf, right beside The Last Battle, stands a copy of Companion to Narnia; and if it isn't found on their shelf, it is most assuredly on their want list. And the author of this most cherished book is one Paul F. Ford, a C.S Lewis fan since his teens.

Mr. Ford recently agreed to an interview for Teen Ink to talk about his book. I was excited to ask him questions about Narnia and about his opinions on most debated topics surrounding the world of Narnia and its creator.

RH- How did you first become interested in The Chronicles of Narnia?

PFF- My first Lewis book was The Great Divorce. I read it when I was sixteen (1963). It gave me hope. It is still my favorite, although if I had to take to the proverbial desert island only one sermon of his to the proverbial desert island, it would be “The Weight of Glory” or one Chronicle it would be The Horse and His Boy, or one Ransom novel i t would be That Hideous Strength, or one poem, “Deadly Sins.”

As a teenage I bought and read every Lewis I could get my hands on. I didn’t find out until I was twenty that he had written the Chronicles, so I first read them when I was in bed with the flu (1967).

RH- Was Companion to Narnia a hobby of yours, or did you spend time in research?

PFF- I enjoyed rereading the Chronicles a few times a year until I was in graduate school. It was then (1975) I met the man who would become my editor at HarperCollins. Three years later he persuaded me to write the companion, published in 1980. It’s never been out of print since then. I got a chance to revise and expand it in 2005 and that’s the edition I am most proud of.

RH- Many critics have arisen, hoping to annul The Chronicles of Narnia, claiming that C.S Lewis wrote from a sexist and racist standpoint. I, myself, nor any of my peers, have ever found anything along those lines in the s tories. What is your stand on this subject?

PFF- C. S. Lewis cannot rightly be called a sexist or a racist. He does use some stereotypes of his times (the first half of the twentieth century) that he might have avoided if he had lived into our times. His great women characters in Narnia are Aravis, Jill, and Polly, developed after he had married a very independent woman. His greatest woman character is Orual, the hero of his masterpiece, Till We Have Faces. His best character, Emeth, is a Calormene. (There are entries on sexism and racism in my Companion.)

RH- Many Christians see The Chronicles of Narnia, as an analogy of many Bible stories and characteristics; C.S Lewis called his stories "supposals" as in "suppose Jesus was Aslan in Narnia..." Tell us your opinion on this.

PFF- The Chronicles of Narnia are not allegories, although they do get allegorical in places, especially The Last Battle.

RH- What is your favorit e Narnian story?

PFF- The Horse and His Boy. There is a Shasta inside of so many of us. How wonderful for him and for us that he finds out that Aslan has been with him every step of his life.

RH- Both the Prince Caspian and The Voyage of the Dawn Treader film adaptions have received heavy criticism due to changes made from the original story; what is your opinion on this subject?

PFF- I can appreciate the need to change the stories for the purposes of film-making. Years ago I had a chance to work on a screen adaptation of The Magician’s Nephew. The changes we made explained some loose plot points, expanded some story lines and compressed others, and made other enhancement (the movie may yet be made).

But the two films you mentioned disappointed me so much so that I didn’t buy the Blu-ray or DVD versions of either; and I contented myself with only seeing the trailer of VDT and reading the reviews of experts I respect who had the courage to see it. I didn’t want my imagination spoiled.

Even The Lion, the Witch and the Wardrobe disappointed me in its heavy-handed overuse of the theme of the Deep Magic and its neglect of the Deeper Magic theme. I liked the opening London sequence and the first minutes in Narnia.

My favorite film version of the Chronicles of Narnia is the 1988 BBC/WonderWorks three-disc set. It presents the first three books, plus The Silver Chair.

RH- Companion to Narnia is an essential book for any Narniatic's collection; do you have any suggestions for other essential guides or helps?

PFF- I hope Teen Ink’s readers have the 2005 edition of my book; it is so much more complete and accurate than previous editions. (Do they know of the Pocket version of the book?) This edition contains two of the best essays written about Narnia, by my fellow scholars Steve Yandell and Doris Meyers. Steve wrote the first version of his essay when he was a teen!

That said, the best books are:

-Past Watchful Dragons: The Narnian Chronicles of C. S. Lewis by Walter Hooper (out of print but somewhat easy to find used)

-The Way Into Narnia: A Reader's Guide by Peter J. Schakel

-The Narnian: The Life and Imagination of C. S. Lewis by Alan Jacobs

Devin Brown’s books on each of the Chronicles are also very good.

RH- What advice do you have for someone hoping to make a companion or "dictionary" to their favorite book series/author or TV series?

PFF- Labor out of love, without expectation of publication; authors and publishers, especially their attorneys, worry about losing control of their copyrights. If I hadn’t been asked to write my companion, I wonder if I would have been able to get it published. Starting a blog might be the best place to begin.

PFF- Keep reading. Never let your schooling interfere with your education. C. S. Lewis told his students, “The great thing is to be always reading but not to get bored — treat it not like work, more as a vice! Your book bill ought to be your biggest extravagance.” 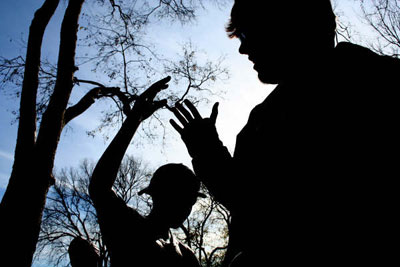