For anyone who loves the film series, The Chronicles of Narnia, the name Allan Poppleton is most likely a familiar one. Allan is the stunt coordinator for all three of these films. But Narnia is not the only place you'll know him from:

He has also worked on films such as Eragon, The Lord of the Rings and, more currently, (Freak out, girls!) The Hunger Games.

I was recently given the opportunity to interview this amazing stuntman for Teen Ink.

RH- Tell us a little about yourself.

AP- Born and raised in New Zealand. I'm married to Erika Takacs, [who is a] presenter, actress and singer. We have three amazing children: Tai, who is thirteen, Scarlett, who is three and a half and Maximus, who is one.

AP- To be honest, I've never went after it. The offer came my way. But once I started in the business, I never looked back. If you find a job that you love, you will never work a day in your life. I haven't worked in nearly eighteen years. I'm a very lucky man.

RH- You have been a stunt coordinator for all three of Walden Media's The Chronicles of Narnia adaptions; tell us about that experience.

AP- Yes, I was a stunt coordinator and fight coordinator on all three Narnias; I helped create the different fight styles for the creatures. I also doubled different characters in each film:

In The Lion, the Witch and the Wardrobe, I doubled Peter Pevensie when his unicorn got taken out by an arrow, and he got thrown off.
In Prince Caspian, I doubled King Miraz when he fights Peter at the end of the film. (We shot the one hundred-thirty beat fight over eight days.)
In The Voyage of the Dawn Treader, I doubled Drinian for a stair fall on the ship, in the serpent attack.

RH- What has been your favorite Narnia stunt to choreograph?

AP- I think the battle sequences are the most demanding, but also the most rewarding; especially with Prince Caspian. That film had three large choreographed battles:

RH- What is it like working with Skandar Keynes?

AP- It's been an absolute pleasure knowing, working with and watching Skandar grow into a young man. I first met him in New Zealand back in 2004.

He and his family are great; down to earth and would do anything for me or my family. My wife is part Lebanese, and Skandar's mum (Zelfa) has tried several times to take her back to Lebanon...Which one day we hope to take her up on that offer...

RH- How does choreographing a fight or battle scene for a fantasy film such as Eragon differ from those of a realistic film?

AP- They differ usually by props, costume, character powers...Normally fantasy films are just that...And we have to keep it real for contemporary films.

RH- Explain the process of creating a fight scene from rehearsal until filming close.

AP- It starts with script/treatment, which would outline the fight. I would gather information from different departments, like armory, costume, art, location, ect. From there, I throw in my intellectual property and then take that along to meet with the director.

From there, I will start choreographing; then teach the doubles or performers, and then film the rehearsals to then show to the director. Once he has signed off on the fight, I begin to teach the actors. Once they have learned it, I see it through on set with the filming of it.

RH- Has there ever been an accident during filming? Or something went awry yet ended up in the finished project?

AP- Through my career, there have been a couple of mistakes, that I have seen, that have been used in the finished product. Our job is a lot safer than what people think; risk management and risk assessing sequences is a big part of a coordinator's job.

RH- When working with animals such as horses, how do you collaborate with the animal trainers?

AP- I work closely with the horse masters and wranglers. Safety is paramount, and I have the job of making sure the actors, stunt performers and extras are safe in and around the horses, along with the wranglers. We also work together on making the action sequence safe and exciting.

RH- How has training in multiple forms of Kung Fu helped your career?

AP- Martial Arts has been my passion since I was twelve, and is how I got into stunt work. I still train in several different Arts (Muay Thai, Wu Shu, Krav Maga). Training in different Arts definetely helps. All shows are different and it is important to not overuse styles that don't suit the genre of the film that you are working on.
RH- Aside from The Chronicles of Narnia and Eragon, you have also worked on the film adaption of The Hunger Games; what can fans expect to see?

AP- Hunger Games is going to awesome! I am still working on it at the moment, so am unable to say anything about it...Sorry! But make sure you check it out!

RH- Tell us about your work on The Lord of the Rings trilogy.

AP- I did around eight or nine months on the three movies, over a period of three years. I was performing as an ogre, elf, gondorian, Urakai, along with other characters. I also did a little doubling and rigging on the show.

RH- What has been your favorite film to work on?

AP- The Narnias, Avatar, Kingdom of Heaven, 30 Days of Night, Spartucus...Sorry, I can't choose one. Every film/TV show I have done has allowed me to meet different people, go to different places, see so many different things and get to work with really cool stuff...

RH- Tell us about the project you're currently working on.

AP- I'm {working} on Hunger Games in North Carolina at the moment, and I'm still consulting on Spartucus: Vengeance in New Zealand.

RH- What advice do you have for aspiring stuntmen?

AP- If you're keen, get training! Join a Martial Art, start horse riding, bike riding, gymnastics, high diving, free running; anything that will help with body awareness, timing and conditioning. Try and get Extra work so you can start to understand how the filming process works. Have a play with making your own short films... 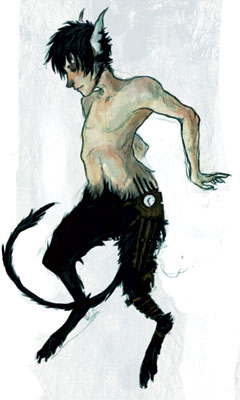