Gitte Meldgaard is the genius behind many of the beautiful and unique photos of some of your favorite actors and singers, such as Vanessa Hudgens and Georgie Henley. She is a woman to be admired because she has made a flourishing career for herself, not out of a desire for fame, but out of a love for the art.

I was very honored to be able to interview Ms. Meldgaard for Teen Ink.

Rachel- Would you just tell us a little about yourself?

Gitte Meldgaard- Sure. I was born in Denmark, where I grew up. I came to America for three years when I was around sixteen. Around nineteen, I moved to England where I wanted to become a designer. I applied to St. Martin's School of Art, [but then] I felt I didn't need to actually go to school to be a designer. I just started designing my own collection at that point.

I decided that designing wasn't really for me, so I moved into styling by assisting a stylist called Kim Bowen. She then moved to Los Angeles and I became an editor, a fashion editor, for a magazine called Attitude. I was there maybe two or three years, and then I wanted to start a different magazine. I got the first issue set up of the magazine that became Tank Magazine.

But I decided at that point that actually I wanted to move to Los Angeles. So I cut my connections at the magazine and moved to Los Angeles, where I was styling a lot of people in the music industry. I did a couple of movies, and was sort of styling and in costuming.

Then I changed into photography. I'm doing mostly photography now, but I am also cutting, or editing, my first documentary on Milliner Steven Jones.

RH- What has been your favorite photo shoot that you've done?

GM- I really liked the shoot I did for Guess by Marciano because [I had] the budget to create a set and take it to California and shoot it there. It was just quite, like, fantastical being able to do something like that.

I liked going to Rome to shoot Mischa Barton. We shot her in a sixteenth century castle and that was fun.

I work a lot with Milliner Steven Jones, I just mentioned; I love working with him. He has so much experience and he's so much fun. We are allowed a lot of freedom to create whatever we decide.

RH- How do you decide the theme for a photo shoot?

GM- So many different ways! Sometimes from a painting, sometimes it's just a movie I see... I don't know, it just sort of pops into my head sometimes. It's very weird! Sometimes I pull different references that can be from anything: from a painting or, you know, any kind of inspiration. I gather them together and put them in my computer, then a year later, I'll look at them and I'll realize I've done most of those ideas without even ever looking at them again. It's just sort of part of my subconscious and part manifestation, I'm not sure.

RH- Explain how the process of a photo shoot works, from start to magazine print, or add print?

GM- Well, it sort of begins with some sort of idea that pops into my head usually.

Then you can try and find a magazine that is into that idea, or gets that idea, that then commissions you to shoot that photo. The you get your team together of hair, make-up, set design, model, etc., etc. You get everyone to be available at the same time, which is not always easy. Then you send the call sheet out to everyone with all the details, the day before. On the day, you just shoot it.

But you usually have a bunch of different kind of references so you can get everyone of the same page, and [make sure] everyone understands the idea. When you work with a team, you have to really trust their taste, or opinion, and be open to let them add their bit of magic to the project.

RH- Looking on fan sites and such, I've seen photo shoots that haven't been used in a magazine or for an add; what is the point of those types of photo shoots?

GM- I think I only have one thing that hasn't been published in all the ten years. But there is a point [to those photo shoots]: It's just to create is really what the pleasure is; to do something you love doing; to feel inspired; to create images that you are excited by, and hopefully, at some point, someone else will be excited by.

But I think it's only one story I did that didn't actually get published, but it may have been like late in the season or something like that.

RH- Who has been your favorite person to work with, either a photographer or someone you've photographed?

GM- I mean, as I said, my friend, Milliner Steven Jones, is such a pleasure to work with. I just finished (well, I'm trying to finish) a ninety-minute documentary of him. He's so connected in the fashion industry and the entertainment industry, so I've had some really incredible people in the documentary that I got to interview. That was so much fun!

I think a lesson, as a photographer, has had to be to try not to consider filming and photography as two different or separate things. Really to learn to accept [that] nowadays it's one and the same.

RH- You recently photographed Georgie Henley; tell us a little about working with her.

GM- Oh, she was lovely! She was just a fun, smart, gorgeous teenager, and completely unpretentious and very nice and sweet. Amazing hair! {laughs}

RH- What was the inspiration behind her photo shoot?

GM- It was actually Jodi Foster in Taxi Driver, I think.

RH- Cool! If you could work alongside any photographer or photograph any celebrity or model, who would it be and why?

GM- I really love Nick Knight. I would love to work alongside [him] just to see how he works. He seems very authentic and into his ideas. He doesn't, like, repeat himself; he always seems new and does amazing work.

That would probably be my preference to work alongside a photographer whose work I really love.

RH- What advice do you have for aspiring photographers?

Eighty percent of succeeding is to just have that spirit where you don't give up. 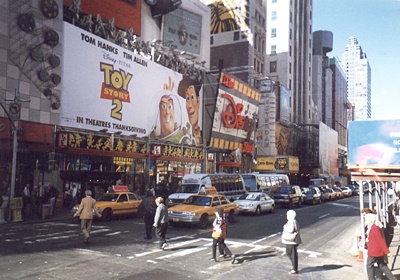