Michael Card is an award-winning singer/songwriter. He has sold more than 4 million albums since he first appeared in the early 80s and has written 19 number one singles. He is the writer of the Dove Song of the Year, El Shaddai (made popular by Amy Grant).

I was recently given the opportunity to interview Mr. Card for Teen Ink.

Rachel- Tell us a little about yourself.

Michael Card- Well, my name is Mike Card. I was born in Nashville, Tennessee. I've been a song-writer for thirty years. [I'm a] Bible teacher. I've been married to Susan Card for twenty-eight years. Four kids. That's about it.

RH- How did you first become interested in music?

MC- I was born in Nashville.

MC- Yeah, I mean, everyone in my family (Mother, Father, both my brother and my sister), they all played. In our family, it was really something that you couldn't get away from. So, it's just always been a part of my life.

RH- Please share with us your testimony of Salvation.

MC- Well, it's pretty simple: I came to faith when I was eight years old in the context of a little Baptist church here in Nashville, TN. You know, I grew up hearing who Jesus was; both my parents were missionaries' kids. There came a point when I realized, not just that Jesus had died on the cross, but that He had died on the cross for me. It became personal at that point, and it was a very profound (even for an eight year old) a very profound experience for me.

RH- Did you gain your theological thinking in college, or did you pursue it on your own?

MC- No, I think most of what I am I became in college. I think it's that way with a lot of people.

RH- Have you ever written a song to answer a friend or family member's question about the Bible?

MC- Yeah, I have. In fact, I really wrote two books and a whole album on lament; on what to do with suffering. That was largely from what was going on in my family. My brother lost his eighteen year old son to cancer, and my sister lost two infants earlier. Yeah, I think all of that interaction with lament came from those questions.

RH- Where did you come up with the idea for having every song on an album be based on the same general topic?

MC- I think that's the result of being a teacher. Like the album I'm working on today: I just wrote a book on the gospel of Mark. You don't write one song and cover Mark. That's why I came up with, you know, having a whole album that dealt with different themes.

I mean, there are probably four or five major themes, and that's what I'll do. I'll end up writing a song on each one of those themes. (Once I stop yelling at my computer.)

RH- I've always found “To the Mystery” to be a very interesting song.

RH- We all know that Jesus was never created, but we never think about the fact that He created His own mother. What inspired that song?

MC- I don't think one thing inspired that song. I think that song is a result of a whole, whole lot of questioning. I think I was really impacted by a couple of professors I studied with. [They were] what I would call “rationalists,” meaning they believe the human mind can basically grasp and understand everything. I was always very uncomfortable with that idea.

I'm very comfortable with the idea of mystery. I think that's fundamental to the Gospel. I think all of the really important Biblical truths are mysteries. The nature of Jesus is really a mystery; the incarnation, which I think that song is about. It's all mysterious. It's more than our mind can understand.

RH- Do you have anyone that you ask to preview your music before you decide to record it?

MC- Yeah, I think so. I there are always those questioners; those people that are honestly seeking.

I'm not real interested in apologetics; you know, in arguments. I don't see that very much good has ever come out of that. People in general don't get convinced by arguing about things.

But for those people that are honestly seeking, I think those are the people that I have in mind when I'm writing songs.

RH- I never really thought about how Jesus was considered a fool by the world's standards until I sat down and really focused on the lyrics of “God's Own Fool;” what inspired that song?

MC- Well, that song was written for a professor. The guy was a rationalist; he believed that becoming a Christian meant that you basically gave intellectual (ascent) to about a dozen basic propositions of the Gospel. You know, I just think that's wrong! So, the line in that song that was really aimed at that professor (who was a good man! He wasn't a bad man) says “The power of paradox opens your eyes and blinds those who say they can see.” That [line] was written specifically to this one person who actively taught that you became a Christian on the basis of your understanding; what you knew.

I was just probably nineteen, or twenty, when I wrote that song, but that idea is still a big idea as far as I'm concerned.

RH- Is there a specific Bible passage or book that has inspired you the most? Or what is your favorite?

MC- No, there's not a specific one; in fact there's a whole bunch of them. I think in my personal life the big verse was Psalm 119:9 (which I discovered in college when I was in a real difficult place); the verse says, “How can a young man keep his way pure? Only by listening to God's word.” That psalm really sort of saved my life in college. [It] made me realize that I had to get real serious and invest myself in the Word.

RH- When you're not writing or recording, how do you spend your free time?

MC- Well, I yell at computers a lot! [laughs]

MC- I don't know! I used to have all kinds of hobbies, and I don't do those anymore. I basically work. You know, today is a perfect example: I just got off the road yesterday and I'm gonna spend all day today working.

But that's probably wrong! But that's unfortunately, you know, where I am right now. I spend too much time; not enough time with my kids; too much time working. That needs to change.

RH- You mentioned when we spoke earlier that you went to China [last year]; so, I have to ask, why did you go to China?

MC- Well, I support a ministry over there called ELIC (English Language Institute in China), and it's an evangelistic ministry that's been very effective in sharing the Gospel in China. I [went] back over in October to spend almost three weeks.

RH- So, what did you hope to accomplish while you were there?

RH- Could you explain to us what the “scandalon” is?

MC- “Scandalon” is a Greek word; it means “stumbling stone.” It's the word that we get our word “scandal” from. It initially referred to basically a stone in the grass that you wouldn't see; you would trip and stumble on it. Sometimes it was applied to the trip of a snare, or a trap; that little metal device that sticks up out of a trap that trips the trap; sometimes that was referred to as a scandalon.

But basically it means stumbling stone. The really interesting thing is that it's applied to Jesus. He's the stumbling stone. He's prophesied in the Old Testament, in Isaiah, that He would be a “stone that makes man stumble and a rock that makes them fall.” So, that's where that comes from. It's a Hebrew idea, but scandalon is a Greek word.

RH- What advice do you have for aspiring musicians?

MC- Same as I have for everybody; that is to really invest themselves in listening to Scripture. If someone is a musician, they're gonna need some content to draw on; a source of content to, you know, write about and play about. And the Scriptures are it, as far as I'm concerned. 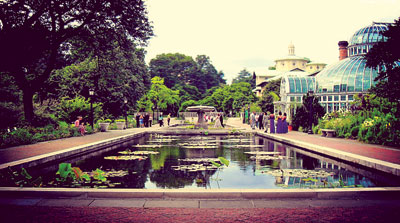 Favorite Quote:
We do not make up thoughts. They come to us. They choose when and how they present themselves. We all have the power to write them down and share them with the world. Whether we use that power or not is our own decision.