At a glance, Lawrence Cowger seems like the average business man. But, take a closer look and you'll meet a family-guy, who loves to camp and occasionally rocks out to Van Halen. In a recent interview Mr. Cowger gave insight to his interesting past and the long trek to where he is today.

Born in Ann Arbor, Cowger's father had no interest in raising his children in the city. With that, the family packed up and moved to the village of Brethren, Michigan, a small village in northern Michigan. Very close with his family and sister, Nancy, Cowger is very family-focused. Even with a four year gap between the two siblings, the relationship is a treasured one. 'We have always been very close, and I refuse to let anything interfere with my relationship with my sister'. Being with family make up some of Cowger's favorite childhood memories, 'My favorite childhood memories are the ones of when the entire family came together, probably because I don't see that much anymore. I have memories of 30 to 50 family members coming together for Thanksgiving and New Year's parties'.

In high school, he was an active member of both the football and track teams. In football he found a mentor who encouraged him to be a teacher. 'I think the defining moment for me was I had a teacher that I bonded with. He respected me and treated me like a human being. It was as close to a teacher as a student could get in terms of friendship'.

Talking about the future his coach pushed him toward the educational field. 'At some point in my senior year, I remember him saying to me that I should be a teacher. Having the respect I did for him, that comment really struck me and I never deviated from that plan'.

Education isn't the only profession he considered. As a child he was fascinated with the night sky. 'I wanted to be in astrophysics, keep in mind I had no idea what that job entitled. I have memories, going out at night sitting in a lawn chair for two hours with star charts'. Though that career never took off, he still looks at the stars with wonder.

In college he didn't settle on a subject for long. Majoring in biology he also studied chemistry and psychology. Receiving his Associate Degree at Northwestern, Bachelors at Central, and his Masters at Benediction a college in Kansas, and currently pursuing a Specialist Degree from Oakland University.

Cowger hasn't stayed in one place for long either. He's taught in Kansas and Michigan, settling in Howell after his wife who also teaches, received a job at Latson Elementary. He moved into the high school first then moved onto the freshmen campus and has stayed.

On his downtime Cowger enjoys spending time with his two daughters and wife. Camping is a family favorite, but 'roughing' it isn't exactly his family's forte. 'My concept on camping has changed significantly. It used to be about me and my enjoyment in nature. But, my wife won't stay anywhere were there isn't, electricity and the kids want pools and playgrounds'. All the spoils of modern accommodations Cowger has been somewhat discouraged, 'So by the time, I have heated swimming pools, electricity, and water, I find my self staying at Yogi Bear Campgrounds'.

Besides being outdoors, music is a passion Cowger, especially classic rock. 'I've sort of clung to Van Halen for a long time. I saw them in concert, but they haven't put anything new out in a long time'.

Something else he has clung on to is the Freshman Campus. 'The only thing that draws me away from this school is the knowledge that one day the Freshman Campus will close. If I knew that this building would be open until I retired I would never put out another resume again'.

With a sad sigh he added, 'I won't cry when this building closes, but I will be sad. I've grown accustom to telling students goodbye when they graduate'.

With the move to Parker High next year the moment of leaving grows closer and looking elsewhere for a job is on Cowger's to-do list. But there's no doubt where ever he ends up he will find happiness and success. 'Success means different things to different people. Whether it's making money, getting a good job, or staying alive'.

Mr. Cowger's love for education and taking care of students is very obvious from the way he talks about it, 'You know what, I love this job. I've gone on the record many times saying the worst part about my job, is that at some point I know it's going to go away'.

That's true for everyone. For students, it can be the farewell to childhood when high school ends, parents who watch children get married and move out, and teachers who one day too will retire. But, for anyone who will lose someone or something in the future, Mr. Cowger says 'You're not saying goodbye, you're saying we'll meet again'. 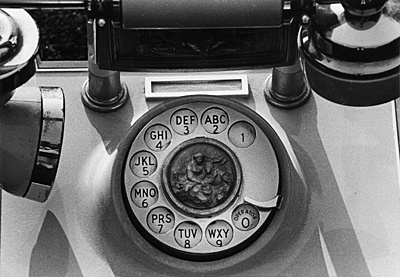 The author's comments:
I wrote this in ninth grade about the principal at my school's Freshmen Campus. He was a really great guy and right after I wrote this he moved to another district. This made it to the front page of the newspaper in my town's community section.
Post a comment
Submit your own