I don’t remember what day it was, considering the circumstances, but I do remember that I had just gotten out of school. I had had a long day at school and I always had long nights at home so it was understandable that I was tired. The yelling and the fighting at home was never done, but as for me, I was. I was tired of feeling like I wasn’t good enough and that I never did anything right.

I remember feeling tired and drained at first, but soon I became empty. I had been fighting this moment for years and finally, I was too weak. I was silent as I walked in the front door. Nobody noticed… they were too busy yelling. I went the entire evening without saying a word to another soul and waited. At last, the time had finally come.

My father looked at me and said something. I don’t remember what he said, but I remember how it made me feel. His words were the final blow to my walls. He had finally gotten inside of my head. All I ever wanted was to make him proud, but all I ever did was disappoint him.

Nobody notices when you’re screaming for help until you lose to yourself. And sadly, I had lost to my own mind. After being yelled at and silently listening to their verbal daggers, I went upstairs. I took a deep breath as I got into the shower and proceeded to get ready for bed.

I was already hanging off the edge when my brother came into my room and pushed me into the abyss. He was mad at me and made me feel like a monster.

Angrily, I looked in the mirror. Like always, I couldn’t stand the person I saw, so I threw the glass to the ground and watched it shatter into a million pieces. Still, I had years of pent up anger. I needed to get out, but I couldn’t leave the house.

Then, like I always do, I started to drown in my thoughts. Memories became nightmares, dreams became foolish, thoughts became actions, and my sanity left. The only thing that had kept me going for so long was my brothers, but at that moment I started to realize that they too, were abusive and manipulative. They too, couldn’t care less.

Now I had nobody and nothing left. No reason to put up with the ridicule or the pain. I was completely alone.

By the time I tried to listen to music and calm down, it was midnight and my phone had lost all internet access. I couldn’t think of anything but all the terrible moments and horrendous things I had done. I was tired of it. All of it. So I grabbed my phone and started going through my messages. I went through my boyfriend and I’s conversations and started to smile. I was happy. But like my mind always does, that happiness shifted into a feeling of deep and excruciating sorrow.

The person who had saved my life, again and again, was nowhere to be found. I was on my own. Left to battle my mind, I went into my closet and looked back at all the memories we had shared. I began to cry as I realized that by going through with my plans, I’d leave him behind. Sickening as it was, it wasn’t enough.

As I lay on my floor sobbing, I grabbed my phone and called him. There was no answer so I left him a voicemail, hoping he’d hear it in the morning.

I cried as I spoke, “Hey… I just wanted to let you know that I’m sorry for what I’m about to do-” I froze as I thought about all the things leading up to this moment. “- I just can’t take it anymore. I mean, every day I wake up and it’s the same crap! I have tried to just shrug it off and look on the bright side, but I can’t take it anymore. I’m done. I’m sick of feeling like I’m never good enough. I used to think that this world was so beautiful and magnificent. I used to trust people and love everyone, but now my heart is filled with hate. I am a monster. They’ve finally won… I am finally what they made me…” my voice trailed off in a whisper as my mind went blank.

With my medication in hand, I calmly closed my eyes.

I went to school the next day and was bombarded with a group of tear-stained faces hugging me and telling me that they loved me. At the front of this group was my boyfriend, who seemed to have cried the most, standing there silently as if he’d seen a ghost. Even to this day, I don’t blame him. He looked at me as if I was the only other person on Earth.

“Why did you do it?” he asked quietly.

I was collecting my words when he turned to me and began to speak again.

“Do you realize that you are all that I have??” he said as he cried.

“Maybe you’re right. Maybe they won’t… BUT I WILL!” he yelled at me through his tears as he pulled me into him and held my head to his heart.

This was the moment that I realized that even when life is tough, I can’t just throw in the towel. I realized that people need me. Even when it seems like the world would be better off without you and everybody hates you, there is someone who needs you. So if you try to take your life, I can guarantee that you’re ending someone’s world. 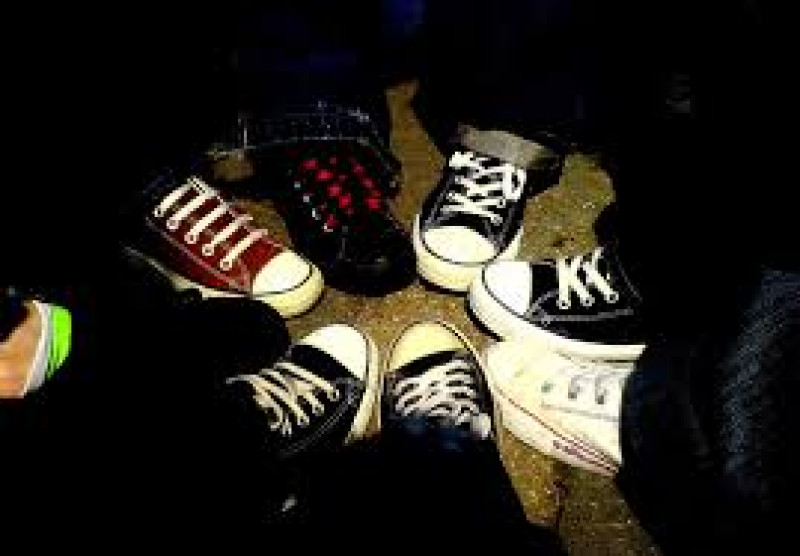 This is a memoir of 8th grade.

Favorite Quote:
<No one can make you feel inferior without your consent> Elenor Roosevelt