Talk about this all day if you can handle it. | Teen Ink

Talk about this all day if you can handle it.

Talk about something I never thought would happen. Stepping out. Stepping out to cross the street. Was that the last thing I remember? No. I remember drowing my sorrow - or thinking I was - in a pint of extreme chocolate Ben and Jerry's. I had the music up loud and the TV was on. My phone sat there, lit up on the kitchen table. I was doing the best I could for you. There was nothing left to say. But the shock. Nothing but the shock... Of waking up and thinking so many things...

What happened? And more importantly, how did this happen? It was a journey back to where I once was. Did I ever reach that point? No. Nothing would ever be the same again. That was just fine.

That was a little less than a year ago. There were some more major life changes since but none that were dangerous like that. The recovery began. I got up and kept running my race. Moved back into my dad's house again. Lost some friends and gained some new ones. Had some frustrating and depressing conversations with my sister which to this day she says I have not understood what she meant.

Then there was the anger that broke lose. I was always such a gentle person. I never spoke up, opened up. I hid behind blank pieces of paper, waiting to write. But I never had anything to say. I had dedicated my life to the service of other people. My family needed me. My friends needed me. Changes and new beginings and dead ends were part of my life. I took a deep breath and kept going... Straight for the ice cold water.

I kept thinking, that's not right...you can't say that to me...you can't treat me that way...something is wrong...you don't recognize me standing there in your doorway... I was frustrated because I was depressed. This time it took on a new form. Tears subsided half way through the spring. Maybe it was the accident and the survival that brought a boldness into my life. Whatever it was, I was scared and I was out of line.

Through a series of events, I found myself one night laying in the corner of my room with a blade of glass. I found myself the next evening in a safe room. I was in the room with low lights at the end of a long hallway. No objects. No distraction. Emptiness. Whiteness. Quietness. I sat on the uninviting piece of furniture, arms wrapped around my legs, and closed my eyes.

That was how it was elsewhere. I was now doing it in a different place. It was location. My nurse informed me of an empty bed on the fifth floor. My heart stopped. The fifth floor...

I agreed and rounded up the few things I had and went to the fifth floor. I was evaluated and asked questions and met with a few different people. Then I grabbed some extra blankets, and like a baby, curled up in a corner of the bed with my eyes sealed shut with dry tears and relief. I was going to get better now.

I am sorry to say, that was, yes, a relapse. I am not proud of it. I don't say I "regret" the incident that night. But I'm not proud of it. I look at it as a piece of where I've been on the way to where I'm going. I've lived some pretty interesting lives in this one life of nineteen years. Partly beautiful, very conflicting, occasionally still, always perservering. But still. Some interesting lives in this one short life of nineteen years. None of them have ever felt like my own.

Which was a struggle. My faith life is my only life. I have no doubt in my mind that I love God and that God loves me. It is my base from where I operate at as a person. It is the one thing I have to talk about at some point every day, in order to get through the day. I remind myself of the things God has done for me and it helps me to stay strong for my future. I don't have confidence in my "me-ness" but in God working in me and through me and with me.

I'm learning a lot. The true definition of family. When it was titled that but it didn't feel like a home. I said I wanted to lay my life down for them. I would give up anything for them. That was one chapter in my many chapters of my story that talks about my broken heart.

Something was missing. It wasn't peaceful. It wasn't home. And I didn't feel like I was putting my light on a mountain to lead others but only in a corner with the covers pulled up over me. Paul talks about running his race... For the least of these... That was always the cry of my heart... To be there for God's people...

I didn't feel like I was being true to myself. I asked myself what I would do if I didn't have a home. It was complicated and things were messed up and I felt hollow and alone. It seemed like time to move on. But move on...where?

I have put the blades down, and I am not fantasizing about kitchen knives. In my time at the unit, I met a boy who drank two cups a bleach, another who tried to end his life, a woman who carved words into her limbs, and a few others who I knew nothing about. On the fifth floor, we had various therapies, drank coffee round the clock, watched movies, played scrable, cards, and monopoly, and it was like a family.

My Shift group at Grace Capital has been a family to me. Which raises these thoughts... Family is a place where you love and are loved. Not always like you think but home is where your family is and it's where friendship is...

I know that what doesn't kill you makes you stronger. I understand that way more than I ever thought I would as I make a few flashbacks and shut my journals, put down the photographs. I know you know that I love you. 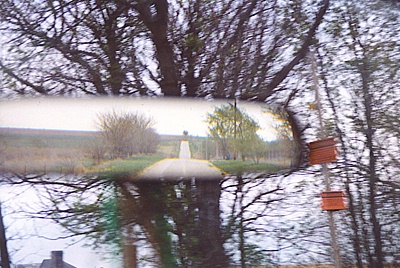