In the Jungle | Teen Ink

I remember the first time I saw it. If only for a fleeting, ephemeral moment, I saw it. As she gathered her strength and hoisted me up onto her hip, I was able to peer into the pristine depths of those sea green, foamy blue eyes and truly delve into them, exploring their glimmering, unclouded corridors for the first time. I stared in awe at the dancing reflections of the brilliant, white magnolias and their large, almond-shaped leaves, changing every second in a diaphanous, sunlit kaleidoscope.

Suddenly, a flash of gold burned around her dark pupils. I caught a glimpse of something fiery, a fiery mane. And then just like that, as suddenly as it had appeared, it was gone.

“What was that?” I exhaled sharply.

“What was what?” she squinted at me.

“You eyes were gold! I saw it! But now they’re not anymore...” I trailed off.

“I must have looked into the sun,” she laughed.

And with her light, carefree laughter, the moment was dismissed.


Yet, that did not stop me from sensing the mysterious presence at other times. I remember once I was reclining on the sofa listening as she stroked the piano keys with such beautiful precision. Not long after I had closed my eyes, I felt it. I knew it was there. It was taking a long, graceful climb down her arms. Then it stopped and rested on her fingertips, breathing life and spirit into them, creating such a pure sound that I felt my body tremble and my hairs stand on an end. I opened my eyes quickly but I was unable to catch even a glimpse of it. All I saw were my grandma's long, supple fingers resting on the black and white keys.


I could feel it everywhere. I sensed its majestic linger in the patience she reeled when faced with the hyenas' insensitive jeers. I heard its innate roar awaken to the ring of her voice when she retold glorious tales of never yielding to life’s challenges and always putting up a fight for the things you love. I felt its warmth brushing against me when she kissed me goodnight.

But I was never able to truly see it. I came close on several occasions but it always vanished before I knew it, leaving me alone with my burning curiosity and unanswered questions.


One night I was sitting in a chair next to her as we poured over old photographs. We started out with my sweet baby pictures, after which we allowed my dad to sweep our hearts with his own angelic face and innocent eyes, and then, finally, we arrived at her own memories. Immediately I knew that this time would be different because we had arrived here on her own accord. She had conducted the train deep into her past, a task I had never been able to complete with the poor, if not utterly lacking, navigation skills of a mere charlatan.


I was enchanted by her words, words that I knew she had chosen with utmost care over long, sleepless nights, because the truth was, we were running out of time. We could no longer afford the luxury of tossing around any old words that happened to stumble across our tongues like the first winter snowflakes that never stick to the ground, no matter how much you want them to.

I learned more in that one hour than I had in all the years I spent gathering and piecing little bits of relevant information and observation. My reverence and appreciation soared. Up, up, higher and higher, past the ceiling, past the trees, past the stars that winked at me, for I was on the inside now.

My eloquence was failing me. Not knowing what to say, I looked at her with the most sincere smile I could muster, trying to sum up all the love and gratefulness I was feeling in my expression. I stared deeply into her resplendent eyes, recalling another distant time, now over a decade ago, when I had done the same. I traveled deep into the myriad green and blue hues, past my own reflection, and then farther down until I could see the jungle that was her heart stretching vastly before me.


And there it was. It stood proudly and unwavering, a radiant ball of golden light, staring directly at me, beaming with such incredible strength, igniting souls and replenishing hearts with its courageous roar. It helped her tear down any and all barriers by breathing strength into every vein and capillary of her body. It had been there all along, I just hadn’t been looking in the right spot. 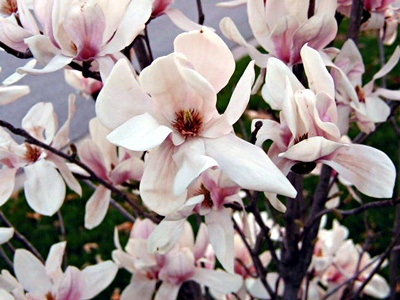