My Medicated Self | Teen Ink

My Medicated Self MAG

I once had a teacher tell me to write something about myself that few knew. Something personal, yet safe enough to let others know. I wrote a story of aviation and Christmas classics, of an immature child running through the most crowded place on Earth. But my hand wanted to trace a different story. A darker story, that some believe they know but can never truly understand. It is a story of split existence, a war hiding in red and blue veins. When I attempt to explain the details of the battle, people nod and smile, a sign of false acknowledgment. I wish to tell the story of clear orange bottles living in a kitchen cabinet, ones that help me act normal.

I once told my best friend of my four-lettered condemnation, and she replied, “Really? You don’t seem like you have that!” I smiled and gave an ersatz chuckle, continued with my life. This exchange has occurred countless times, and each time I pray for another response or for someone to ask me something, anything. But most of all, to ask what I’m like after 3 o’clock every day, once the medication has left my body. But, I remind myself, not many people would enjoy me. The other me. The one I hide behind pink pills and psychologists’ doors. The different one.

Apparently the signs of my “difference” were evident from childhood, but it was only when I was seven that the adults in my life were sure enough to diagnose me. To label me, to crush my body under the ink-covered rubber of a seal. I remember the day my mother handed me the pill and a glass of water.

“What’s it for?” I asked, staring at the tiny yellow pill. It read alpha 10, and to this day I don’t know what that means.

“Trust me, it’ll make everything better,” she said.

And, like a good child, I placed it in my mouth with the water.

And then spit it all over the floor.

She screamed, and picked the pill up before the cat could eat it. And in my seven-year-old mind, I wondered what she would give me that could harm the cat.

Instead of letting me avoid the pill, she handed me a cup of yogurt and a spoon.

“Here,” she said. “Don’t spit it out again. These are expensive.”

And that was the first day of My Medicated Self.

For the next eight years, I have been stuck in the void between Myself and My Medicated Self. I still haven’t figured out which one is true. Myself, the person I was at six, the dumb child who got in trouble for forgetting to do the other side of the test, the one who would get up from her chair in class because she couldn’t stand the notion of still. The one who, even after several years of popping pills, still just needed to “apply herself.” Or My Medicated Self, the other side of the clear bottle, who can keep a conversation without butting in or screaming out the punchline of the joke. The one who is acceptable to her mother and, at some points, the one I believed she loved more.

I once had a psychiatrist tell me a story of a child like me who said, “It’s crazy, Doctor! When I take that pill, everyone else gets better!” And I smiled politely, wondering if I was the only one who saw that as the most depressing moment in that child’s life. That a child had to take medication for others to accept them and act accordingly. And as time crawled on, and as my tolerance increased, so did the dosage, and the disappearance of Myself followed. I matured, and my tongue became accustomed to the acid flavor of the pills, allowing me to abandon the yogurt for a glass of water. But, as the effects have remained constant, the only time I recognize that seven-year-old girl is when I’m hungry, for the side effects of the pill haven’t starved me yet that day.

I walk through halls, and walk through life, sending smiles and feeling tears, like any other pubescent adolescent. But, in the quiet moments, when the right song comes on and forces me into a place when all I do is think, I wonder: am I walking, running, singing, crying, feeling, day after day, as someone I am not? As a mask of pills and prescriptions, a face finally acceptable to people who know? Yes, the pink drugs allow me to focus, to get acceptable grades, but outside of education, thinking outside the proverbial box, I don’t remember a time before that first pill. I don’t remember anything but the yelling, the “U” at the top of my second-grade paper, my mother screaming as I ran across the street, the doctors visits, the psychological testing, anything leading up to the moment where the tiny yellow pill rested in a tiny white hand.

I am left with the question, and I can see the blurry answer slowly forming but not yet readable. So for now, I will choose. I am not Myself. I am not My Mediated Self. I am the middle ground between the two extremes. I am not the chaos of Myself, nor the cookie-cutter version that is My Medicated Self. I am whomever I decide to be. No drug or test can determine my worth. I am not 90 mg living inside the clear orange bottle in the kitchen cabinet. I am the silly child who ran to the wrong plane, and the owner of the fingers typing this essay. And for now, that is enough. 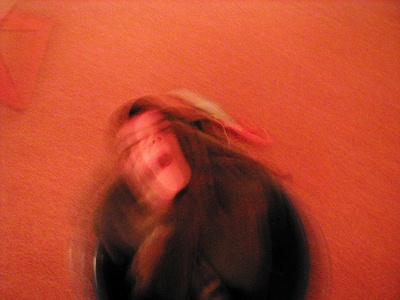 I am aware of the fact that this essay will confuse you. I don’t need to spell the four-letter disease to send a message, for those four-letters only create the barrier of popular misconceptions. The only way to fully comprehend the effect these four-letters have on me, is to see them as separate: the disease, and the side effects. And this essay conveys the latter. I don’t need to explain “alpha 10”, which resided on the curved edge of the first yellow pill. Nor am I required to place a medical dictionary in your waiting hand, watch you flip to the index, then to your textbook answer. You could research the side effects for years, and after the millionth, “inattentiveness” and the billionth, “hyperactivity”, you still won’t find the true effects of the disease. (I’m sorry, disorder). There are mornings when the rain pours down my bedroom window, and my record player spins to the saddest of songs, where I contemplate who I am. Who I would be if I were normal. If my everyday state wasn’t brought on by a glass and a pill. But then the song ends, and I wipe the fog from my window, and the tears from my eyes, and I walk downstairs, to the kitchen cabinet, and pull out my clear-orange bottle once again.

Favorite Quote:
"Soon madness has worn you down. It’s easier to do what it says than argue. In this way, it takes over your mind. You no longer know where it ends and you begin. You believe anything it says. You do what it tells you, no matter how extreme or absurd. If it says you’re worthless, you agree. You plead for it to stop. You promise to behave. You are on your knees before it, and it laughs."
— Marya Hornbacher

View profile
I remember loving this piece and relating to it so much when I read it in the magazine recently... Now that I am reading it again on here and I see that you live in Germantown, so close to me, I feel like I relate to it even more. I always thought of Montgomery County as being so liberal and so open to things like mental illness/medication but once those things became my reality it didn't take long for me to realize just how stigmatized it still is even in our area. I love this so much though, you wrote about it so eloquently and I hope you recognize that and are proud of the wonderful message you have put out into the world.