Favorite Quote:
'I cannot, nor will, recant anything, for it is neither safe nor wise to go against conscience.' -Martin Luther


I started with politics. I was immediately drawn to George Washington's words about the dangers of political parties. So, I learned about political parties. Not a whole lot, but enough to convince me that I didn't quite belong to any one party. So I became Independent. People, I have noticed, almost never vote for someone who is Independent. I can understand why-they don't represent one certain party beliefs and wishes. So I understood that I would probably never become president or anything like that.


Keep in mind that I am surrounded by Republicans in my family, but Democrats AND Republicans as friends.. It's difficult to talk politics with anyone without almost introducing my face to the wall.


Next came religion. Where did God come from? Why did I have to choose between science and religion? I liked science, especially astronomy, but what did science have to do with God? I learned about the evolutionism vs creationism debate. Still, it wasn't enough, I wanted to learn more. So I expanded my horizons and learned about other religions. Paganism, Wicca, Islam, Buddhism, Shintoism-you name it, I've probably read something somewhere about it. I learned about Atheism, too. And then came the comparisons between my faith and other faiths. I'll freely admit I liked a few other faiths better. And then came the question. Why? Why do I believe in this?


This is what my sister would call my downfall, to put it briefly. She'd also call it my disgrace to the family. And other things.


I have been called many things because of my different views. Fag lover. Witch. Indecisive (because I'm Independent) atheist. Evil. I've been told I'm going to Hell-especially my sister. I've been told that I'm a disappointment, my my father, for my lack of faith. I have lost friends.


In other words, I have become a black sheep.


It may surprise some of you to know that I am only thirteen years old. Some will say that I am too young to know what I want, to really know anything. But I have experienced love, hate, joy, fear, happiness, and sadness.


And there are others just like me. Some are on the streets, some alone in their bedrooms. There might be a few out there, fighting for equal right and respect. I'd like to think of myself as one of them.


I don't know if I've said anything relevant here. I can only hope that reading about a young girl's struggle (one that she shouldn't have to fight), will make you think. Think about what you say, what you see, what you hear, what you think.


With help, those potential black sheep of America may not lose their white coats. 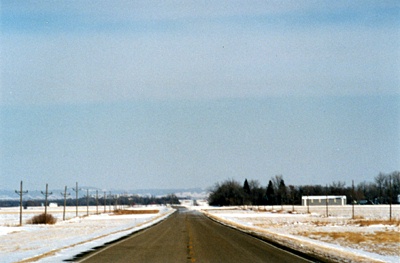 The author's comments:
A recent experience has prompted me into writing something, anything.
Post a comment
Submit your own