Favorite Quote:
If your reading this your too late - Drake

Cristiano Ronaldo dos Santos Aveiro was born on February 5, 1985, in Funchal Madeira, Portugal. Cristiano Ronaldo is a Portuguese football (soccer) forward who is one of the greatest players of his generation. Ronaldo’s father, Jose Dinis Aveiro, was the equipment manager for the local club Andorinha. At age 15 Ronaldo was diagnosed with a heart condition that necessitated surgery, but he was sidelined only briefly and made a full recovery. He played for various youth teams before making his debut on Sporting’s first team in 2002. Ronaldo was a formidable athlete, he was 6 feet 1 inch. Originally a right-winger, Ronaldo developed into a forward with an attacking style. He was able to mesmerize opponents with his ability to make sufficient space for openings in opposing defenses.

After a successful season with Sporting it brought the young player to the attention of Europe’s biggest football clubs, Ronaldo signed with Manchester  United in 2003. He was an instant sensation and soon came to be considered as one of the best forwards in the game. His finest season with United came in 2007-08, when he scored 42 League and Cup goals and earned the golden shoe award as Europe’s leading scorer. After helping United to a Champions League title in May 2008, Ronaldo captured FIFA World Player of the Year honours. He also led United to an appearance in the 2009 Champions League final, which they lost to FC Barcelona.

Soon after Ronaldo was sold to Spain’s Real Madrid- a club which he had long been rumoured to want to play- for a then record $131 million transfer fee. His scoring prowess continued with Real Madrid, and he netted the most goals (40) in La Liga history during the 2010-11 season. In 2011-12 Ronaldo helped Madrid capture La Liga championship and a scored personal best 46 goals. In 2014 he scored a total of 66 goals in 56 appearances with Madrid and the Portuguese national team. 2017-18 he scored 44 goals in 44 games, and Madrid won a third straight Champions League Title.

Ronaldo has won 5 FIFA world player of the year, tied with Messi. Ronaldo has  4 children, 3 boys and 1 girl. His first kid, Cristiano Ronaldo Jr is 8 years old and his 2 other boys are 1 year old twins, and his daughter is 8 months old. It has recently just been confirmed that Ronaldo has signed to join an Italian team called Juventus with a $131 million transfer fee. 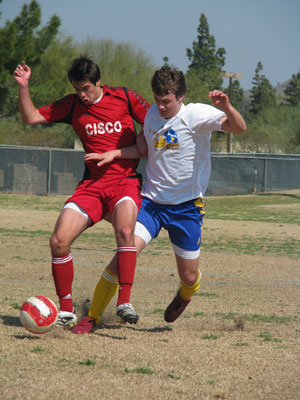