On September 24th, 2010 in the Toronto, Canada MLB baseball stadium, a loyal fan fell out of his front row seat reaching too far to catch a foul ball that went his came his way. Toronto Blue Jays number 26 hit the foul ball into the deep left field, making it too tempting for fans watching there. A middle-aged man stretched barehanded out of his seat, leaped forward, and somersaulted out of his seat, over the wall dividing the fans from the field, and right onto the field. Everyone roared at the sight of a middle-aged man being humiliated in front of the kids sitting next to him and everyone else watching the game. Other fans climbed over the wall to help him back into his seat. The man was smiling embarrassedly and looking down at his feet. It taught him a valuable lesson not to reach too far in front of his seat for a ball next time! 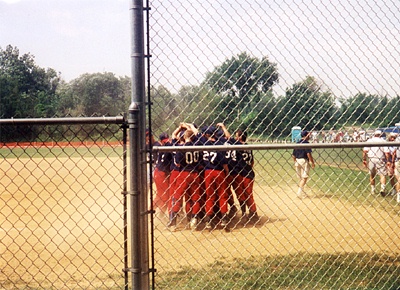 The author's comments:
I was watching baseball with my brother and I saw this incident, and we laughed so hard that we hit rewind and watched it over and over and over. It was literally hilarious! So I decided to write an article on it. This article is actually one I wrote some time ago, but I just now decided to submit it here...=)
Post a comment
Submit your own