The Player Every Team Desires

Swish! The final shot soared in the goal, to win the game! Screaming, the crowd went wild, but the bench was wilder; their team player leaping up off it in enthusiasm. He is the team player of the group. A team player that is willing to be supportive of depressed teammates, do anything to obtain his or her spot, and be an enthusiast player.

The first of the three important traits is being supportive. To become supportive, a person has to start looking on the bright side of everything. A supportive teammate will always encourage his or her teammates, and tell them all of the moves they preformed right that game. Even if he or she had the worst game of their life, the supportive teammate will still find them, and explain to them all of what they preformed right in that game. For example, the play-maker of a team has just played in the worst game in his or her entire life, or at least that what he or she believes. The team player will find him or her, and explain to them all of the moves and everything they did right that game. He will completely ignore everything they did wrong that game. An anecdote of having a supportive teammate is whenever Matt is on a school team. No matter what, he always tries to tell everybody everything they did right. Even if they thought that they had played to worst game of their football career one game, he would find them after every play, and he would support them by saying “Nice job, man!” He always explains to them almost everything they preformed right. He would always put every else higher on their performance than they felt. He is the supportive team player. To conclude a team player needs to be supportive, so they can make other people feel great about themselves, but a team player also needs to be determined.

Secondly, a team player needs to have heart (determination). Heart is when the personality of a person is hard working, determined, and will do anything to obtain their spot on the team. If a person tries their hardest to obtain their spot on a team, then everyone will see their heart. Everyone will know that he or she desperately wants to obtain that spot. If the person above them has some talent, but no heart, then they will beat them out, because heart beats talent. Heart is also when if a person does not make a team that they try their hardest all year, and make it next year. For instance, Michael Jordan; some people consider him the greatest basketball player in history. Although, he did not make his freshman basketball team. The freshman coach thought that he was not talented enough to be on his basketball team. Michael Jordan worked his heart out during the off season of basketball, and all through the summer. Next year, he clearly made the basketball team. My experience with this is my older brother, Michael. His talent at baseball is amazing. He is great at defense, but not good at all on offense. He had the heart to make the team. During tryouts, he preformed at his highest level, and made the team. During basketball season, though, he did not obtain much playing time. After the first few games, he became angry at his lack of playing time. During practice the next few games, he showed the coaches how much heart he had. During the next game, his playing time soared. In brief, having heart is important for a team player to have. It makes them determined and they will do anything to acquire their spot on the team. Although, a team player can not just have heart, they need to be enthusiastic too. 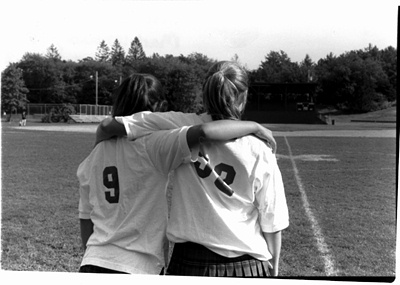