How To Boost Your Confidence When Speaking Another Language | Teen Ink

How To Boost Your Confidence When Speaking Another Language

I’ve been learning French for a while now, about eight or nine years. For most of those years, it’s basically been review. The real learning happened when I was in sixth grade. Now, I’m a freshman in high school and the French class I’m in is definitely something new.

It’s pretty much entirely in French unless it’s something that the teacher thinks we won’t understand. This class has tested me on my listening, reading, writing and speaking skills. I can understand what is being said in the class so my listening skills are fine. My writing has always been a safe zone for me, whatever language I decide to do. My reading skills aren’t as good as my writing but they’re not terrible. The one aspect which I was behind on was speaking. With notes, I was fine. My pronunciation was fine, my confidence was fine, I was okay. Take away those notes and throw me into a situation, it wasn’t pretty at first. I was a nervous wreck because I had no preparation. I didn’t see this coming. What made things worse was that everyone else handled the situation just fine while I was sitting there, feeling like a fish out of water.

Eventually, I got better as I was constantly being tested. However, I wasn’t as good as I wanted to be. I was lucky enough to have a friend who was in the AP French class and spoke fluently. With a little push from my French teacher, we started talking which made me nervous at the time. Now that I look back, talking with my friend really helped, but the question is why? Why did my speaking skills improve?

The next reason I find practicing with a native speaker to be helpful is that I learn new vocabulary as I’m speaking. You’re not learning words that you’ll probably never use again but just say that you’re having a conversation with someone and you want to say something but you don’t know what the English word translates to in your language of choosing. If you find yourself in that situation, you can ask the person you are practicing with and they can teach you in a much more effective way. It’s been proven that we pick up languages using what we hear rather than memorizing endless sheets of paper which people will forget the next week.

Lastly, you get to form a friendship with the person you’re practicing with. I can say from personal experience that I feel like I have a closer friendship with my friend who I’m practicing French with. You get to spend more time together and if the new language isn’t native to where you’re living, your friend gets to speak their home language more with you which gives them joy. Having to speak a second language for most of the day is tricky and it must feel relaxing for them to speak the language dearest to them.

In conclusion, practicing a language with someone is more beneficial because it boost your confidence, you can expand your vocabulary and you get to forge a stronger bond with the person you’re practicing with. If the teacher decides to put you on the spot and get you to answer a question in a foreign language, the jitters and dread you’ve known will gradually fade away as your confidence goes up. As you carry on with your day and as you keep learning the language you’ve chosen, think of the well-known benefits of learning a language in the first place and if you want to improve, practice speaking with someone. 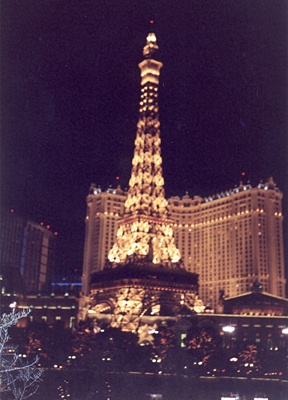