“Viva! Viva! Viva!” was the response from the riled crowd. The bongos began to beat and everyone danced. The vendors sold their peanut brittle and mangos. The men lit their cigars and suddenly the stadium gave off a stench of mango-tobacco sweat. The players walked out in dirty, unmatching uniforms and the cheers began all over again. Not quite the scene one would expect from a contemporary baseball game, but this game was anything but ordinary.

I was in Havana, Cuba, which can only be described as a time warp. It was the Cuban all-star baseball game and the entire stadium was exuding culture and excitement in a way I had never seen at home. A book vendor from La Plaza de La Revolution explained this once, “Success in sports is what we have. It is our one place to come out on top and in that victorious moment, no one looks at Cuba as the country with economic shortcomings or a crazy vindictive leader. We are Cuba, the country with the number-one team.”

My attention was brought back to the game as the wild crowd fell silent. They were having a moment of silence for Che Guevara, their fallen hero. Then the first ball was thrown, the first bat was swung, and the muted audience went back to full blast.

I, crazy photographer that I am, began taking pictures of everything: the shirtless men with their cigars in one hand and beers in the other, the players, the field, the men selling peanut-brittle, the kids eating peanut brittle. My flash was unstoppable. I was willing to do anything to immortalize every instant of the game.

Gradually the bongos grew louder and I looked to see men of all ages dressed in crazy costumes with sweat drenching them, which made me think they were working harder than the baseball players. It was like I was Picasso staring at Mona and thinking, Wow, a picture like that would be really “epic.” And so, my ventures toward the bongos began.

I jumped sections and as I bumped people I apologized, “Lo siento. Lo siento.” As I walked, I was thrown into a part of Cuban culture I disliked. I had been warned that cat-calling was Cubans’ means of chivalry, but I never thought it would be like this. Men sitting with their wives threw peanuts at me and called out to me while their wives just rolled their eyes and watched the game. After 20 minutes of cat-calling, being grabbed and having men (some old enough to be my grandfather) throw peanuts down my shirt, I grew frustrated.

However, my artistic drive surpassed my frustration and I surged on. I arrived at a space just below the bongo players. There were three men in the empty section. I was surprised to see how empty it was, but since I was in my “Carina-spacing-distant mode,” I plopped down next to the old man in the center and started off into picture land.

“Where are you from?” he asked.

“Mi nombre es Ramon,” he said, stretching out his hand.

“Oh, first I say, how you like Cuba? Second, I say, I have never seen such a beautiful girl in all my life as you.”

My mouth dropped. He had crossed a line. First, he was old. Second, he was hitting on me. Third, he was interrupting my artistic process.

“Oh,” I smiled. “I really like Cuba. But I am sick of all the dirty old men. You are disgusting. The term pedophile comes to mind. I am young enough to be your granddaughter! Your granddaughter!”

He looked shocked. I made a face and dramatically marched down the stairs where I was bombarded by three of my teachers.

“Carina, what were you saying to him?”

“Oh my goodness, he was a dirty old man and I told him so,” I replied with proud disgust.

“Please tell me you didn’t!”

I was confused. He was just some dirty old Cuban who now would think twice before messing with young girls.

“Carina, that’s Castro.” Now they were really mistaken. Castro? No. So in my smart-aleck tone I replied, “Castro’s first name is Fidel. That guy was Ramon.”

I started crying and then saw the humor and started laughing. I was rushed to the bus and our entire group left early to protect our safety.

After it became clear that there weren’t going to be any repercussions, I began to see how ridiculously funny it all was. But I did realize something: Next time I have an urge to capture an epic picture, I should double-check that no members of a communist dictator’s family are around. You know, just to be safe. 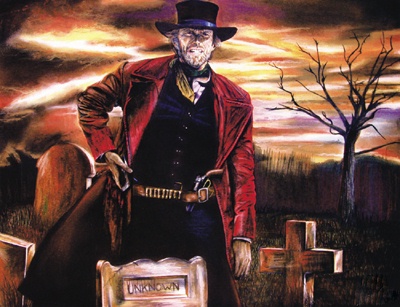