Noah has lost everyone; his aunt and mother in a horrible car accident, and his sister to lukemia. His father has reatreated into his job to avoid the only thing that reminds him of his wife--his only son--leaving Noah to fend for himself when they move to Astoria, Oregon. Quiet, shy, and clearly depressed, Noah is not quick to make any friends or even attempt in the matter. Enter April, smart, bubbly, energetic cowgirl. She knows that Noah needs help, just like the kids that her mother works with at the ranch, and she knows that she has to help him before he's given up completely by those around him. But April didn't realize how deep his hurt went and how long he's been suffering. She doesn't want to hurt him any more than he already has been, but she can't help as her feelings for the new student grow. With help from April and the horses at Helping Hooves Ranch, Noah slowly opens up and accepts their friendship. But just when things get better, tradgedy strikes again and Noah is thrown head first into a downward spiral. 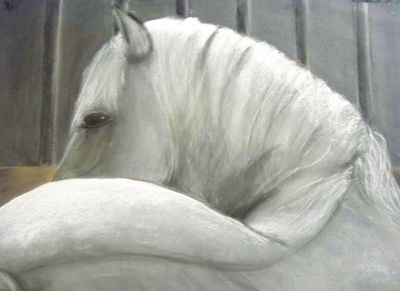 Favorite Quote:
To Die Would Be An Awfully Big Adventure

Favorite Quote:
"No life is a waste. The only time we waste is the time we spend thinking we are alone."

Favorite Quote:
"I want to feel my life while I'm in it"- Meryl Streep
"Live, Life Love"
"Everybody wants happiness, nobody wants pain, but you can't have a rainbow without a little rain."

This book has 2 comments.

Favorite Quote:
Be the change you wish to see in the world.
-Mahatma Gandi

View profile
Why haven't you finished this? Please do, I was so interested in what is going to happen with April and Noah.
I_am_Oleander said...
on Dec. 25 2010 at 1:34 pm
I_am_Oleander, Dallas, Oregon
0 articles 0 photos 3 comments

View profile
Ugh....So somewhere along the lne the format got completely messed up! I don't know what happened, or how it happened, but trust me, this isn't my usual work!