Hand of the Plague | Teen Ink

Hand of the Plague

Nea Carrick's Mage heritage has always been something of an open secret. As long as it made itself known by his skin, eye and hair color, there was nothing to worry about. But when Nea accidentally uses magic during a teenage boy's brawl, he finds that the populace of the Human Kingdom's capital is anything but tolerant.

He flees the city in secret with the help of friends after his home is burned to the ground and his family is executed for treason. His path towards the freedom of the Elvish lands, however, brings him in the company of the princesses of the Human Kingdom, the Elvish Territory, and their bodyguards, and he's dragged along in their quest in exchange for his life.

For far larger things are happening in the world. The Dwarven capital is under quarantine as a horrific plague spreads like wildfire through its streets, and all signs point to a magical origin. As only Dwarves are stricken, it's up to the strange group of comrades to find the mysterious Hand of Plague, and its wielder. And destroy them both. 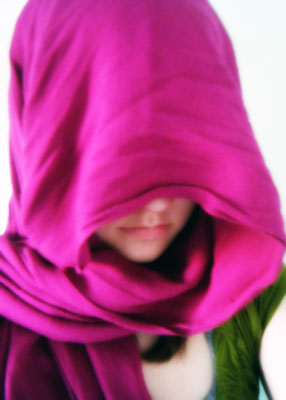 Hand of the Plague

Favorite Quote:
'When the world slips you a Jeffery, stroke the furry wall' Aldous Snow, Get Him To The Greek

This book has 4 comments.

BATMANSTEALTH BRONZE said...
on Feb. 5 2013 at 7:48 pm
BATMANSTEALTH BRONZE, Lake Havasu, Arizona
1 article 0 photos 10 comments
View profile
I thought it was really good! I did feel as if yo threw charachters at me without warning other than that it was pretty good. Could you reveiw my work:A Doctor on Mars in sci fi please?
Vagabond SILVER said...
on Sep. 9 2012 at 10:43 am
Vagabond SILVER, New Delhi, Other
8 articles 0 photos 107 comments

Favorite Quote:
Every end is a new beginning;
What a caterpillar calls an end the rest of the world calls a butterfly;
"Begining are normally sacary endings are normally sad,
it's in the middle which makes life worth living"

View profile
OMG!! IT'S A PRETTY COOL BOOK,,, I LOVED IT AMAAAZINNNNG mind checking my book 'a new era' and send your thoughts and comments :)
Timekeeper DIAMOND said...
on Jan. 29 2011 at 11:29 am
Timekeeper DIAMOND, Cary, North Carolina
62 articles 0 photos 569 comments

This reminds me a LOT of Dragon Age, though that's not neccessarily a bad thing. If you haven't played it I highly reccomend it, it seems like something you would love.

I enjoyed this piece and I look forward to more of your work :D

Please check out my novel "SuperNOVA" under the novels section and leave your thoughts on it! :D