Summer break is awesome, but after a couple months, it’s always time for school again. You walk into trigonometry that first day and hear, “Pop quiz! Let’s see what you know.” Then you realize that over the summer you have forgotten everything from the previous year. Why should we have to relearn material because of a long summer break? This is why we should have school year-round.

One argument against this idea is that you wouldn’t get to take long trips. True, you might not get to take one for more than three weeks, but who does? Usually a vacation is a week or so. If you were really looking forward to that long trip, why not take three (of even four) short trips, one during each break? You would see more places that way.

Now, I know some of you think this isn’t going to make school any better, but Elisabeth Palmer, project director at the Center for Applied Research (author of Year-Round Education) said, “The net results indicated that after one year of experiencing a 60-15 calendar [60 days of school and 15 of vacation], students felt more positively about year-round education.” She also said her studies indicate that “53 percent favored year-round education during the summer before implementation, while 79 percent favored it at the end of the first year.”

Another possible argument against year-round school is that students would have fewer days of learning because just when they would be getting into things, a break would come. I can see this point because we would be having one right in the middle of our current school schedule. But the actual learning time would increase. After breaks, the students would be refreshed and ready to listen better. Also, students won’t have to relearn what they forget over the summer since they would only be out of school for three weeks at a time. When they return after these short breaks, they would be ready to pick up where they left off.

Donald Beggs, an assistant professor at Southern Illinois University, researched summer learning and “confirmed statistically what every teacher knew intuitively. This is that basic skills must be reviewed for as long as one month each September before the teacher moved onto new curricular ground.” John Theodore Stenvall, Ph.D. has studied numerous year-round schools and came to this conclusion: “The first year of longitudinal study, 2000, showed that there was greater progress in schools with certain year-round calendars than in those on traditional calendars.” He also said, “Schools on balanced calendars (single track) outperformed gains recorded for traditional calendar schools at all levels.”

I feel that year-round schooling would benefit students. I think that with it you could actually have more vacations. Also, students would learn more because they wouldn’t have to relearn information after long breaks. 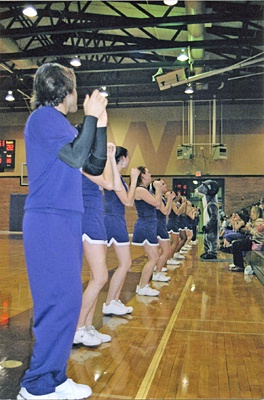 This article has 55 comments.

Favorite Quote:
"everyone will hurt you, you just got to find the ones worth suffering for"

View profile
In order for year-round schooling to catch, the name "year-round" has to be replaced as the simple connotation of that phrasing turns kids off from the idea.
toxic.monkey SILVER said...
on May. 22 2010 at 1:35 pm
toxic.monkey SILVER, Tashkent, Other
6 articles 0 photos 210 comments

France has a similar system, the French Bac. They have intensive learning for some weeks then a couple weeks off, although they still have summer break.

As for me, I think this sounds like a good system but it probably depends on the person who's doing the learning. I still prefer to have a long break to look forward to, it provides milestones for my school life.

Favorite Quote:
“To die is nothing; but it is terrible not to live”

I agree with kindyxkandy. I go to a school that really pushes students to do their best. By the last two or three weeks of school everybody is like zombies, and its not just becuause we want to be outside. All of our teachers are loading us up with end of the year work, and we are tired from a year of getting two hours of sleep every night. When June 2nd rolls aroound (the last day of school) there's a huge sigh of releif from the school. The summer break isn't just about vacationing. Its about relaxin and taking a break.

but i do think your article was very well written and had some good points. i still like the break though

Favorite Quote:
“I could give up, I could stay stuck, or I could move on, So I put one foot front of the other, No no no nothing’s gonna break my stride, “ –David Archuleta (The Other Side of Down)

Favorite Quote:
"You have to suck before you get to success. It's about the journey."

View profile
Wrong. It has been scientifically proven that the break between levels helps refresh and destress students. It gives the brain time to rest without often being jerked back into overdrive, and lack of sleep.

View profile
I have to say that I only partially agree, I am home-schooled so I do school basically year-round, I don't think we should abolish summer break completely, but shorten it. I know you said that in your article, but the feeling of the article to me is to ban summer break completely. Would you mind sharing some insight?