Obesity plagues nearly 60 million American adults. At the current rate, obesity may soon surpass smoking as the number-one cause of preventable deaths. Naturally, everyone is searching for that miracle diet, and currently, low-carb and carb-free plans are the craze. Enter diets like Atkins, which has moved Americans to give up breads and pastas for more protein-rich meals.

The corporate world noticed this trend, and were quick to develop "carb-friendly" foods. Fast-food chains took the time to satisfy these new demands. Subway now features Atkin's diet-approved wraps and Burger King went so far as to offer bunless burgers flimsily wrapped in lettuce. At grocery stores, foods with zero or reduced carbs are everywhere. In recent ads, Jell-O promised to "help you keep the jiggle out of your wiggle" with its zero-carb, fat-free gelatin snacks. As an increasing number of companies alter their products, reasonable questions may be raised regarding their integrity.

Last year, fast-food restaurants had $100 billion in sales. A large amount of that was inevitably spent on the low-carb menu. Customers who started going to McDonald's because they didn't have the time to cook a nutritious meal now go back to drop the pounds they put on there to begin with. But, high-protein, low-carb diets are not all that they seem. Although dieters do tend to lose weight, the weight loss is usually temporary (according to the American Heart Association). Furthermore, levels of bad cholesterol go up, and the likelihood of a heart attack increases. Like most things, there are both good and bad carbs. By reducing the body's overall carb intake, the number of good carbs is cut, which could lead to further health problems.

Americans are being swindled, and the CEOs of the corporate world are like sharks in a feeding frenzy. Every individual has the ability to see through big business, and it is ultimately up to the consumer to eat right. The real way to lose weight has always been diet and exercise. If money is to be made, large corporations almost never have society's best interest at heart; all they want is a slice of that low-carb pie. 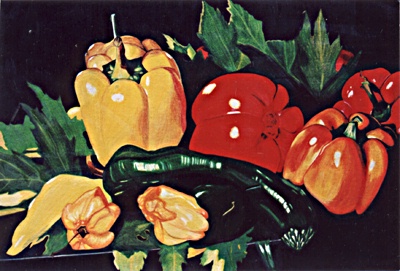