The LD-50 testis a process used to try to figure out how and why certain substances kill orinjure humans. It forces animals to inhale, swallow and digest chemicalsubstances. In this test 50% of the animals die and the other 50% are killed tosee which organs are affected, and why the animals didn't die. Almost every majorcompany that sells detergents, body washes or cosmetics tests their products onanimals (using tests like this) to assure the public that there will be no sideeffects when using their product.

Most tests are done by simply taking animals and putting the company's new-and-improved lip shine intotheir eyes. Even though animal testing is advantageous to humans, I believehumankind should not feel that it is superior and take matters into its own handsto test products on animals. Testing products on animals is cruel andunnecessary, and most results are unsatisfactory. This horrible process shouldnot be considered justifiable, and should be stopped immediately.

How canwe as humans commit such inhumane acts on animals, just so that we can use our"safe" products every morning? Yes, sure, animal testing is meant tobenefit us, but when did we begin to place ourselves above otherbeings?

Every year thousands of animals are killed, tortured or left withburns, broken bones, and other terrible conditions. According to the NationalAnti-Vivisection Society (NAVS), these are some of the most common yet horrifyingtests used on animals: the D test is for products having to do with eye and skinirritation. Solutions are dropped directly into the eyes of rabbits and in sevendays of testing, the rabbits experience excruciating pain and most are blinded.The test for skin irritation places the solutions on the rabbit's shaved skin.Then there is the LD-50 test, which determines why chemicals injure humans.Testing cleaning solutions, detergents and other toxic products on animals doesnot change the fact that these substances are toxic. Plus, not all medicine testswork either; many cats die from aspirin, and pigs die from penicillin. Aren'tthose medicines supposed to help you, not kill you?

What willscientists test products on if not animals? With modern technology, manyalternatives have been found by caring scientists. Experts in both the NationalToxicological Program In-teragency Center for the Evaluation of AlternativeToxicological Methods (NICEATM) and the Interagency Coordinating Committee on theValidation of Alternative Methods (ICCVAM) have found alternatives. These includethe Computer and Mathematical Models method which predicts irritations ofsubstances on the physical and chemical structures and properties. TheTransepithelial Passage Assay test measures the chemical-induced toxins in anartificial base constructed of human cells to predict eye irritations that mayoccur in some eye products.

The Epipack Test method uses sheets of clonedhuman cells to estimate a human's reaction to any irritants. These are only a fewof the alternatives, but they show that animals are not the only choice forexperimentation.

Despite what big-shot companies tell you, testing certainproducts on animals is not required by law. The Food and Drug Administrationdoes, however, urge companies to conduct tests to ensure the safety of theirproducts. As a result, animals continue to be the victims of harsh treatment andrisk death. What is even more absurd is that the harsh treatment these animalsendure do not even produce very good results. On top of the fact that most testsdo not give satisfactory results, there are many alternatives to know if aproduct is safe. Animal testing is immoral and wrong. 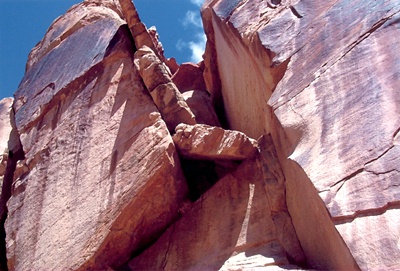 Favorite Quote:
Let me not pray to be sheltered from dangers, but to be fearless in facing them. Let me not pray for the stilling of my pain, but for the heart to conquer it.
~ Tagore

View profile
I agree with you! If there are more humane ways to test different products then we should use them!
anon said...
on Feb. 3 2011 at 11:44 pm
you are clearly a wussy