Tried as an Adult? | Teen Ink

Tried as an Adult? MAG

For both international and United States standards,special protection and treatment is deemed necessary for those under 18 accusedof committing crimes. Yet, across America prosecutors and legislators areattempting to try more and more juveniles as adults. At the same time,law-abiding adolescents are subject to growing restrictions that clearly treatthem as non-adults, including curfews, parental-consent requirements and avariety of zero-tolerance policies in schools. Since many exceptions to the ruleexist, I believe that it is wrong to try any 14-year-old as an adult.

Overthe past ten years, nearly every state has created laws making it easier forminors to be tried in adult courts. The question that surfaces, however, is,"Who is an adult and who isn't?" If a 12-year-old can be tried as anadult but 20-year-olds cannot purchase alcohol because they are too young, wheredo we as a society draw the line between childhood and adulthood? Girls under 18can release a baby for adoption without parental consent, but the legal age ofconsent for sex ranges from 14 to 18 depending upon the state. At 18, youth canjoin the military and fight in combat units, vote and decide on their medicaltreatments, but are still too young to rent a car.

Since the range inmaturity is so diverse, there can be no generalization as to who is really anadult and who isn't when it comes to teens under 18. Due to all theseinconsistencies, I believe a 14-year-old should not be tried as anadult.

Traditionally, lawbreakers under 18 were tried in juvenile courtsand their sentences shortened to better their chances for rehabilitation since itis generally agreed that children have a better capacity for rehabilitation thanadults.

Mental health problems are commonly associated with teens whocommit violent crimes. Immaturity and naivete also come into play when dealingwith children who have committed crimes. Concern for the welfare of the childrenwho could be sent to adult prisons sometimes gets lost among society's anger. Animmature child who has been diagnosed as mentally ill cannot be held completelyresponsible for his actions. A better solution would be not to try minors asadults, but help them through rehabilitation services. Children have amazingcapacities for growth and this should not be ignored by the courts. If childrencan be helped to grow mentally and emotionally in a correctional facility, thenwe as a society have made a better move than sentencing them to lifeimprisonment.

A judge on the West Virginia Supreme Court said, "It'sthe prosecutors' way to go the easy route and react to the juvenile crimehysteria that we see nationwide. Serious juvenile crime has gone down, but peopleperceive that it's gone up."

While some juveniles commit horriblecrimes, in general today's teens are no worse than those of past generations.With more media attention, though, society has the wrong idea about today'syounger generation. Not enough good is attributed to them. When societycontinually sees juveniles in the news for committing crimes, we all startgetting nervous and demand that our legislatures do something. In pastgenerations, news of crime was not so instantaneous or dramatized. Legislatorstoday should not feel that trying minors as adults is the answer to theproblem.

Trying minors as adults has sprung from the hysteria that hasdeveloped over recent decades. However, we need to keep our ideals in perspectiveand realize that children are children, not adults. 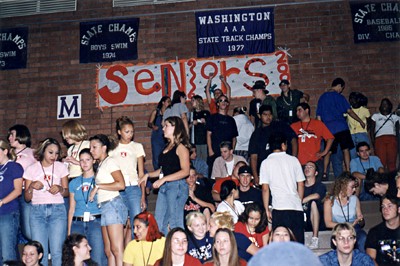