My alarm clock sounds at six o'clock, but I don'tmanage to pull myself from bed for another half hour. I walk to the bathroom,wash up and apply make-up. Seven is approach-ing as I run to my room, knowing Ihave a tedious outfit-matching session ahead of me. Finally, I make my way to mycar, wearing something far from the latest and probably breaking the dress code.Eating breakfast on the way, I pull into the parking lot to see a guy with baggyclothes open the door for the girl wearing little clothing and closing it in theface of the girl who doesn't have the latest and greatest on.

Schooluniforms have long been criticized for strangling students' individuality, but Isee them as a form of school unity. In the last decade, students have begunseparating from each other over their clothing. Clothing choices often canindicate wealth, gang affiliation, and sometimes even include degrading messages.With increased divisions, a rise in school violence has erupted.

Schoolswith mandatory uniforms are able to banish unwanted visitors and defuseconfrontations. In light of the Columbine tragedy, many have criticized thoseschool officals for not monitoring the trench-coat apparel. Law enforcementpoints out that uniforms eliminate the baggy gang-inspired look, making it harderfor students to smuggle in weapons. Schools with uniforms have reported an 80percent drop in theft and weapon and drug confiscation on schoolgrounds.

Researchers say little hard evidence has been collected showingschool uniforms directly change students' behavior and improve their academicsuccess. Yet, one study compared two middle schools, one with uniforms and theother without. The study of over 300 six- to eighth-graders revealed that thestudents with uniforms gave their school higher marks. Those without reportedmore violence.

"Although school uniforms do not represent a panaceafor all of society's problems," says the leader of the Texas School BoardResearch Committee, "research shows school uniforms do significantly affectstudents' perception of their school's atmosphere."

Many parents whoare against school uniforms are afraid uniforms will cut into funding for moreimportant aspects of their children's academics. The cost will not come cheap,but in the long run, they will save parents money since they won't have to buytraditional school clothing. Many schools have programs where uniforms can betraded for larger sizes at no charge. Used uniforms will be given to students whocannot afford the expense.

With the fashion world constantly changing,students are always left behind. New trends also bring new problems for theschool officals. They have to regulate dress that breaks the sexual discretioncodes and/or unethical practices. With uniforms students would have their choiceof modest apparel that would not promote a distraction to the oppositesex.

"Most students want to serve as a distraction to the oppositesex which causes for an unhealthy learning enviroment," says Alec Rand in aPeople article about the increase in sexual harassment and conduct in schools.School uniforms would do away with such distractions and get students to focus onschoolwork and assignments.

As a teenager I'm almost the last one whowants to conform to others' style, but I see school uniforms as a way ofenforcing discipline and respect while creating an orderly enviroment. School,for me, is preparation for the working world. Most jobs either have a dress codeor uniforms to create a sense of comraderie.

School uniforms are aneffective way to display school pride and combat school violence. Clothes don'tmake a person, but they can change them. As a creative individual, I know I canlet my personality and views shine without the help of the latest trends. The rebellion against school uniforms is an insecurity issue among teens who want toappear to have money and fashion sense. 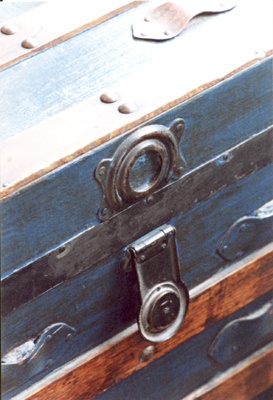