The Hypocrisies of Juvenile Punishment MAG

We see it all too often in the newspapers and on thenews: "Eleven-year-old to be tried as an adult,""Fourteen-year-old sentenced to life in prison without parole,""Seventeen-year-old sentenced to death." As prosecutors and politicianswork toward stricter punishment for juveniles, justice for the young is becomingmore and more similar to justice for the adult. Does anyone else see the sheerhypocrisy of this? The hypocrisy of trying children and teens, classified aslegal minors, as adults? It makes no sense, yet increasingly it is happening incourts across the nation.

Advocates for trying children as adults saythere is no reason to give someone more leeway simply because they are below acertain age. After all, many people under the age of 18 are sufficientlycompetent to know what they're doing, to comprehend the difference between rightand wrong, and to foresee the consquences of their actions to the extent thatthey should be held responsible. These advocates say that intent, the seriousnessof the crime, and the individual's past criminal record should be the principalfactors determining a juvenile's punishment, not age.

But that's theproblem. Our society is based largely on classifying, limiting, and rewardingpeople on the basis of age. In light of this, I see no reason why punishmentshould not be a function of age since so many other significant things are. Thisdouble standard of sorts, for lack of a better term, is an unfair situation thatdevalues the fundamental purpose of the juvenile correction system, as well asspits in the face of minors everywhere.

Take, for example, NathanielAbraham, who at age 13 is one of the nation's youngest first-degree murderdefendants. When he committed his crime at the age of eleven, he was too young tosee R-rated movies without a parent, but somehow was old enough to be tried inadult court. It's not acceptable for him to see violence or nudity in the movietheater, but it's perfectly okay to judge him as someone who can, and put himaway for life. Does anyone else see something wrong with that?

DouglasChristopher Thomas was 17 when he committed murder, killing his girlfriend'smother and father. In many states, his age would mean that he's not even oldenough to get his body pierced without parental consent, but in Virginia, wherehe was prosecuted, 17 is old enough to be tried as an adult and sent to deathrow. Yes, death row, where the government will end his life. People under 18can't pierce their bodies, or decide their own medical treatments, but it'sperfectly okay to execute them.

Pre-teens and teens today are expected tobe fully aware of their actions and the responsibilities that go with them, yetthey are not entrusted with many rights: they cannot vote, sign contracts, fightin combat units, file lawsuits, purchase liquor, rent cars, deny unauthorizedsearches, or challenge mandatory drug tests in schools. This is completelyhypocritical; why are juveniles allowed to go to adult courts, stay in adultprisons, and be subjected to the adult system of justice when they are not givenadult privileges and rights?

The juvenile justice system is differentfrom the adult system in many ways, but the fundamental difference is that in thejuvenile system, the primary purpose is not to punish, but to protect and reform.The judge, the juvenile's parents, and the juvenile work closely in an informalsetting to determine the most rehabilitating sentence, and after the prosecutedminor turns 18, his record is wiped clean, giving him a second chance to live anormal life.

By encouraging the trend of moving juvenile court cases tothe adult system, we are essentially regressing a hundred years to a time whenthe juvenile system did not exist and everyone was treated as an adult. Is thatwhat we really want?

I do not in any way want to excuse or support thecrimes committed by juvenile offenders, but I see a problem with sentencingchildren as adults. To me, this trend symbolizes a very slanted and brutalposition toward young people. They can be punished with the most horrendous andpainful disciplines of the adult system, but cannot take advantage of even thesimplest advantages that come with being an adult (which also makes it easier tocommit further inequities since they can't vote).

Sentencing children asadults is wrong and should not be done. Just as I have to wait until I'm 18 to goto the voting booth, the court and its prosecutors should wait until offendersare 18 before they are tried as adults. 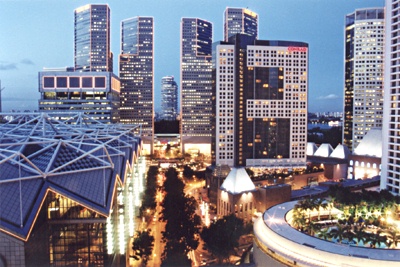 Favorite Quote:
"If you can't stand behind our troops, feel free to stand in front of them."- a Bumper Sticker
"If Obama was the answer, it was a stupid question." - Another Bumper sticker

If a minor commits an adult crime, for example mirder, they deserve to be tried as an adult. Just because they were 17 when they murdured that person, instead of one year older, doesn't mean you go easier on them.

And, for the record, you cannot be executed until you are an adult, no matter what crime.