If current trends continue, the state of Maryland will consumeas much land in the next 25 years as it did in its first 300, losing over 500,000acres of forests and farmlands. Between 1970 and 1990, metro New York'spopulation grew only 5% but consumed 61% more land. Metro Chicago's populationgrew by just 4%, but consumed 46% more land; while metro Cleveland's populationdeclined by 11% but still consumed 33% more land. A Maryland study predicts thatwithin the next 20 years, sprawl will cost Maryland residents about $10 billionfor new roads, schools, sewers and water.

There are many proposedsolutions, but possibly the most effective is open-space zoning, also calledcluster developments. Zoning normally does little to protect open space or toconserve rural character; it ussually requires developers to provide nothing morethan house lots and streets. Open-space zoning allows the same amount ofdevelopment but the construction can only cover a certain portion of the area.The remaining open space is permanently protected. This type of zoning doesn'trequire large public expenditures to purchase development rights, and it allowsfarmers and others to extract their rightful value without all of their landbeing covered with houses.

Open-space zoning is fair to all and easy toadminister. It does not penalize rural landowners because they do not have todestroy their woods and fields to generate income. It does not decreasedevelopment potential, since the same number of houses can still be built.Developers are not placed under unreasonable constraints, and the views from thenew houses are guaranteed against future development by the protection of theopen space. Also, local governments do not have to raise property taxes to buyopen space.

Open-space zoning is beneficial to all by offering economicadvantages. Because the houses are clustered in a more traditional, close-knitneighborhood, developers can reduce the cost of roads and water and sewer lines.Local governments save on snowplowing and road maintenance, and the savings arepassed on to homebuyers. All this while permanently protecting a substantial areaof land!

Uban sprawl is a major problem that is costing us millions ofdollars. Open-space zoning is one of the easiest and most effective ways ofdealing with urban sprawl while protecting farmland and open space. It is fair todevelopers, landowners, homebuyers and taxpayers.

Urban sprawl has manynegative effects, but, according to Edward T. McMahon, Director of the AmericanGreenways Program for The Conservation Fund, "Being against sprawl doesn'tmean being against growth." Open-space development is an alternative tosprawl without stopping growth. So, in the end, the question is not ifcommunities will grow, but how. 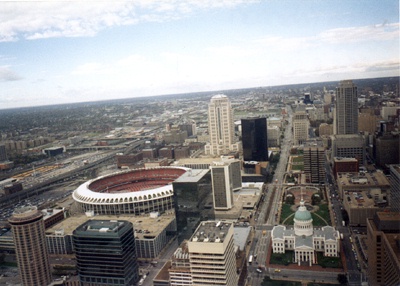