One of the most forebodingissues today is genetic engineering. With the early completion of thelong-awaited Human Genome Project, we have taken another step into this uncertainrealm. The possibilities are limitless, and our research into the human genomewill eventually lead to the manipulation of the fabric of life itself - ourgenes. This god-like ability will revolutionize medical technology and placebefore us the power to eradicate seemingly invincible diseases like cancer andAIDS. With these incredible benefits, however, come the very seriouscomplications of meddling with nature.

The social ramifications ofallowing no-holds-barred genetic engineering to have the power to totallyrestructure society as we know it are many. Genetic perfection would quickly jointhe ranks of our material pursuits. Our self-image would no longer be based onaccomplishments and deeds, but on genetic perfection. An emphasis on geneticswould cause people to see their genes as limiting factors and, in short, geneticengineering would add yet another material barrier to widen the gap between thehaves and have-nots.

Besides the ruinous social consequences, there wouldalso be natural complications to deal with. We are who we are for a reason; ourgenetic make up is the result of thousands of years of evolution. We can't beginto comprehend the ramifications of meddling with genes. We are imperfect beings,and playing God can only result in suffering. Nature is not meant to becomplicated by human whims, and such intrusions can only be detrimental to thedelicate natural balance of life.

The essence of this controversialsubject is that people are not content with who they are. It's truly tragic whenpeople are so discontented that they wish to be a different person. If peopleaccepted themselves, the whole pursuit of genetic perfection would not exist.Life is not always fair and genetic engineering would by no means make it fair.With every great scientific development, some are always left behind. Some areborn natural athletes while others have disabilities, but if one can overcomedisabilities, their integrity surpasses that of a so-called genetically superiorindividual. People have certain strengths and weaknesses, and it is up to us tonurture strengths and deal with our weaknesses.

Genetic engineering hasthe potential, if used with restraint, to bring medical technology to an evenmore miraculous level. It has the potential to aid humanity, but it also has agreat destructive power able to turn the world upside-down. The question ofgenetic engineering's use will ultimately be decided by our generation. It is upto us to safeguard humanity from this technology. 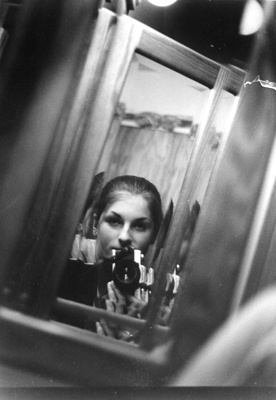