Columbus Did Not Discover America MAG

Every October, we celebrate a holiday in honor of the manwho discovered America. Many believe that the name of this fascinating individualis Christopher Columbus, in keeping with the historical inaccuracy I call the"Columbian Heresy." I dare history to prove that it is indeed so.Christopher Columbus did not discover America and does not deserve credit forit.

The first Europeans to come to America were well-known adventurersoften called barbarians and pirates. Vikings, also referred to as Norsemen,traveled for adventure and treasure, killing thousands of people along the way.In the ninth century, these adventurers established a settlement in Iceland fromwhich they could further explore. In the tenth century Leif Erikson, son ofViking chieftain Erik the Red, landed his vessel on the shores of Newfoundland.He called the place Vineland the Good, and because of unbearable travelingconditions he and his men spent a winter there. Leif's discovery of America ischronicled in The Saga of Erik the Red:

"They found it a fair,well-wooded country. It was but a short distance from the woods to the sea, andthere were white sands, as well as great numbers of islands ... They foundneither dwelling of man nor lair of beast."

A decade after the firstcrew returned, other Norsemen sailed from Iceland on a quest to found a farmingcolony. After three years of bitter weather, tough farming conditions and hostileNative Americans, they abandoned their settlement and returned toGreenland.

Only after almost 500 years had passed did Columbus make hisjourney to what was supposed to be India. He knew neither of the Norsemen'stravels nor of their contact with the Native Americans. Columbus landed on asmall Caribbean island and upon returning to Spain, proudly announced he hadfound Asia.

There are many more reasons why Columbus should not begiven a special day. He was not the honorable leader we are led to believe hewas. There are accounts that he was a very harsh and cruel man to most whocrossed his path, including his crew. It is said that if the natives did notunderstand the Spanish commands - and how could they? - their tongues would becut out. Should they make a mistake at their work, their hands or legs werechopped off. Rebellious tribes were massacred and, according to one man onColumbus' ship, the Spanish troops wiped out entire villages withoutregret.

By 1600, more than a quarter of a million Spaniards had settled inthe western hemisphere. Native Americans were considered barely human, widelymistreated and reduced to slaves. Most Europeans did not appreciate the NativeAmericans' culture, and their religions were considered ridiculous. Diseasesbrought to the New World killed much of the native population.

It is atotal moral failure to honor Christopher Columbus by celebrating Columbus Day. Heshould not be honored for his atrocious, gruesome "accomplishments" andhis false claim of discovering the Americas. The credit and honor of the dayshould go to the Norsemen and those who suffered under Columbus, the NativeAmericans. 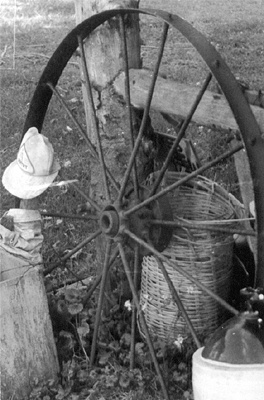 Favorite Quote:
quotes are for people who are too uncreative to come up with their own sources of information.----ME.

View profile
i totally agree with you. now, i'm not american, but it's pretty obvious if you've studied middle age and about the european renaissance, you'll also see that pretty much no discoverer deserves any kudos for being good people. vasco da gama, he reached india the around-africa way. columbus made a clumsy and pretty rediculous mistake.