Sorry, but such an essay fails to move me. I just submitted an essay today about Animal Rights and why is is wrong, so hopefully that will be submitted and prevent me from having to explain everything here.

Anyway, do you have any source that says that people aren't made to eat meat? Because, while I have heard it before, I have never seen any such proof of this claim. Let's say your claim is true, please then, explain why we - humans - have hydrochloric acid in our stomachs - something herbivores lack? Or how about why we have protruding canines like that of many carnivores? And if you want to go the path of evolution, we did evolve from primates; the closest relative to us by up to 96 percent of the same DNA is the chimpanzee, which have strongly protruded canines (as well as being omnivorous like humans).

Lastly, I think PETA is a complete fallacy. How can they be pushing for the 'ethical' treatment of animals if they don't first care about mankind? My favorite quote noted from PETA is: ’[PETA] would rather have medical experiments done on our children than on animals', which is a close second to 'if animal test produced a cure for AIDS, [PETA] would be against it.' I honestly don't think I need to even comment about these quotes; they tell the message themselves.

Anyway, I do so hope that your vegetarianism goes well, but I also hope you realize how weak your argument is and how Animal Rights are not logically possible. I will link my essay once it is submitted for you to look over if you wish.

The Earth is full of the beauty of nature with which human beings, willingly or not, coexist. Animals, a massive component of nature, are especially interactive with people. We raise them, keep them in our homes, and use them for work and as many types of resources. But what these living creatures deserve on the grounds of ‘rights’ is still a subject of controversy. Ethical and emotional arguments have been slung at those who oppose animals’ rights for ages, when logically animals having rights is not only unnecessary, but impossible.

Rights are not created by humans, but are “God given.” The United States Declaration of Independence affirms that “We hold these truths to be self evident, that all men are created equal, that they are endowed by their Creator with certain unalienable Rights” (U.S. 1776). The specific use of ‘men’ in the Declaration starts deteriorating Animal Rights from the start. Obviously, by using the word ‘men’ it is implied that these rights only apply to humans; otherwise a phrase like ‘creatures of the Earth’ would have been used. Next, the phrase says that “[rights] are endowed by their Creator.” Now, what Jefferson and America’s other forefathers were trying to do in this was find a power greater than the King of England at the time; “the only such authority ever set forth in human history was the Creator, the God of the Bible” (Rankin). So, in taking the ‘God of the Bible’ that American forefathers had in mind other conclusions about Animal Rights can be made. In the Bible, it says, “Let [man] rule over the fish of the sea and the birds of the air, over the livestock, over all the earth, and over all the creatures that move along the ground” (Gen. 1:26 New International Version). Not only did the ‘Creator’ in the Bible give mankind total dominion over animals, no where in the scripts does it mention any sort of rights for animal. So, it is clear that in our forefather’s faith and in their words that the glorious nation known as the United States is declared on, there is no place where animals have been deemed, or even considered, to have rights; rather it only says we are too be over them in status of ability, intelligence, and morals.

Morals are “rules or habits of conduct, with reference to right and wrong.” (American Heritage Dictionary). Right and wrong is not comprehensible to animals though, and therefore they can not have any sense of morals. Animals are “governed purely by instinct” and have no conscious will (Odenberg). This prevents them from being able to make choices of right or wrong– they do what their ancestral programming tells them to. For example, animals cannot feel guilt, blame, regret, or remorse; nor can they apologize (Machan). Thus, the only excuse people have for spontaneous animal attacks, ranging from dogs to large apes, is that “’They can’t help it,’” (Odenberg). It is their instinctual drive that pushed them to act aggressively or in any way that they do– not whether it is right or wrong.

Morals play a large role in the gift or rights because “for every right […] there is a corresponding duty which [the possessor of the right] must fulfill.” (Pulver). While this idea is not commonly brought up, it is extremely true to society. For example, in order to have freedom to speak as we wish, we must respect the right of others to let them speak as they wish; it is our duty to do so. For every right, there is a duty of every party to uphold these rights for each other. We can not claim the right of life without giving it to others (Pulver). Rights and Duties are like weights on a scale and for each one there is an equivalent other that must be maintained in order for the other to exist; otherwise what we know as rights would simply become privileges, which are not given, but earned.

Now, because it is a duty to respect the rights of others, then we, if we were to allow animals rights, would have to expect animals to uphold this as well. But this is not logically possible. Pulver makes this quite clear with a short example,
“[…] what about animals’ duties to respect each other’s “rights?” If an eagle has a legal right to life, isn’t he bound to respect the same rights granted to the field mouse? And if the mouse ends up as a tasty meal for the eagle, then shouldn’t the eagle be punished for violating the mouse’s rights [to life]? Of course, the eagle couldn’t be punished unless first convicted of his crime […] We know that animals can never be held to a set of legal duties – like not killing each other – because they lack intellect and free will. […] they can not even grasp [having rights] – or any concept of any kind.”
So, clearly from this example, we can see how illogical – and impossible – the idea of animal rights is. Because animals are not able to comprehend due to lack of free will, morals, and intelligence, it is blatantly obvious that animal rights can not exist. Yet, the idea – no mater how crazy it is – is still pushed by animal activists. No part of that party is bigger than the People for the Ethical Treatment of Animals, or PETA.

Part of PETA’s argument for animal rights is that animals feel pain. The organization is “based on a single – invalid – syllogism, namely: men feel pain and have rights; therefore, animal have rights [because they feel pain].” (Locke). This argument is completely incorrect because the rights of a person have nothing to do with whether or not they feel pain; “they depend on his ability to [have free will]” (Locke). There is no connection between the consciousness of pain – or any emotion or feeling – and rights. Feeling pain and pleasure is just a way for the life of an animal to go badly or well, just as lack of food or disease would (Oderberg). PETA’s argument that sentience is what should grant something rights is completely illogical, due to the fact that feeling pain and other things have no connection with rights.

Lastly, animals do not need rights, for they are already strongly protected by the government and private organizations. For example, on one case, residents of California and their homes were in danger of a wildfire. Homeowners wanted to plow their yards to create a fire break, but the government informed them that, if they did, they would be disturbing the kangaroo rat – an animal protected by federal law. In the end, those that didn’t plow their yards ended up losing their homes, while those that did faced criminal charges. As such situations express, animals are already protected and any interactions with animals are highly regulated. Animals don’t need rights because of this; they already are protected as much as they need to be.

In conclusion, nothing supports the idea of animals having rights, whatsoever. Any claim that animals have rights is simply wishful thinking. And animals in no way are even be capable of having rights. Nonetheless, while rights may not be deemed to animals, this does not mean that people are “free to be cruel to them or cause them unnecessary suffering” (Odenberg). In the words of David Oderberg, “although we have no duties towards animals we do have duties in respect of them.” That should, therefore, be the proper inquiry – what duties do we have in respect to animals, not what “rights” do animals possess. 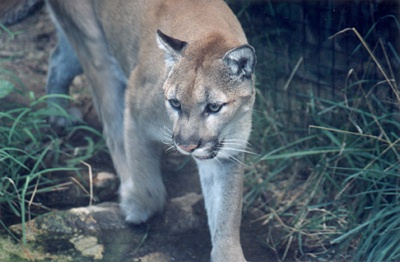 The author's comments:
Animals are a big part of my life. I have many pets (one dog, two cats, multiple fish, a ferret, and the newest member, a snail) and they are all quite important members to my family. But to me, they still don't have the rights of people.

In my essay I talk about animal rights and how it is logically impossible for animals to have rights.

I wasn't sure if it was appropriate to include my works cited, so I did anyway (I figured it could be deleted if necessary).

View profile
Hmm. Well, you used good logic and it's a well-written article. I respect your opinion, too. But I don't exactly agree with it.