The majority of voters in Florida voted in favor of the “Sunshine” law. This act is the essence of the democratic society fostered by America, and more importantly, Florida’s open government laws. Regarding petition and assembly, freedom of speech, and freedom of the press it’s obvious that Florida’s open government laws preserve each of these pivotal civil liberties found in the First Amendment.


The first point to consider is the right of the people to petition the government. An excellent example of this is the recently passed petition, formed by average Floridian citizens, called The Florida Actual Innocence Commission. This document is meant to distinguish the guilty from the innocent, in hopes of creating a more objective and honorable justice system. Also, Florida continues to exercise their democratic civil rights as seen in 2008, when the state received enough petitions to qualify the Florida Marriage Protection Amendment for a place on that year’s ballot. The number of petitions was historically significant, leading to the conclusion that by exposing Florida citizens to political events, they can utilize their right to petition in an effective way. This can only be attributed to the “Sunshine” law, which preserves this basic civil liberty.


Additionally, Florida protects the right to the freedom of speech. One of the most controversial and talked about topics as of late is health care; specifically, whether or not condemning someone who is mentally ill to a hospital or forcing them into medication takes away their freedom of speech. Naturally, compelling a human being to do something without their consent is slighted by society. As a result of The Advocacy Center for Persons with Disabilities, Inc., a non-profit organization in Florida, the rights of the mentally ill can be properly protected. It’s important to note that their mission statement specifically focuses on the personal opinion and choices of the disabled individual. By making records available to the public, citizens can be reassured that their loved ones are in good hands based on past performance by their health care provider. In turn, protecting the basic right to freedom of speech for all citizens.

Furthermore, the open government law also keeps safe the right to freedom of press. For example, in 2003 researchers from a federal agency held an experiment with the theory that talking on one’s cell phone while driving presents a serious safety hazard. Their evidence proved the theory correct, although it was unjustly suppressed by the National Highway Traffic Safety Administration. Not only did repression of this vital information go against everything mentioned in the First Amendment, it also cost hundreds of lives. With the help of Florida’s “Sunshine” law, information like this can be presented to the public, and such events can be prevented.

Without a doubt, Florida’s open government law secures all three of the mentioned civil liberties. The “Sunshine” law guarantees the fact the every Florida citizen is in good hands. 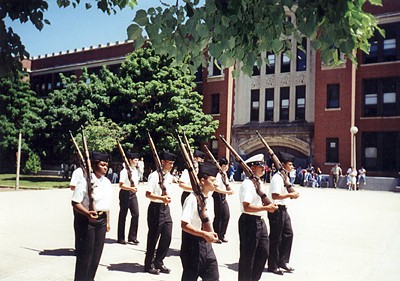 Again though, it was a strong, well written article. Good work.